As a result of the COVID-19 pandemic causing a reduction in incomes for many people, a large number of young Chinese have started looking for second careers to guarantee their quality of life, Chinanews.com reported. 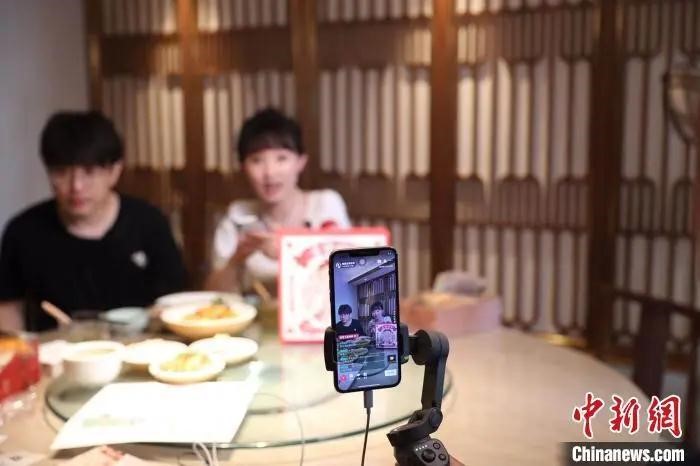 Thanks to the rapid emergence of new industries and models of business, which have played indispensable roles in driving economic recovery and stabilizing the country’s employment market, many young people have successfully started “slash” careers, becoming “slash people” who juggle multiple jobs.

Model by day and live-streamer by night

Three years ago, Ming Ming graduated in fashion modelling, and started her career as a professional model, a job that required a great deal of travel around the country.

After getting tired of all the traveling, Ming Ming found a nine-to-five job at an e-cigarette company in Beijing last year.

However, her life of stability didn’t last long. As a result of relevant policies rolled out by the country and the impact of the COVID-19 pandemic, business at the company stagnated. On top of that, many auto shows were also postponed due to the pandemic. For a month, Ming Ming idled her days away.

“While I was trying to find a new job, many of my friends started to host live-streaming shows,” Ming Ming said, revealing that she decided to give it a try when her friend said she would make a good host.

In March, Ming Ming started hosting live-streaming shows on Douyin, one of the leading video-sharing platforms in China.

As the epidemic situation was gradually brought under control in the country, there was a revival of commercial shows, and Ming Ming went back to her old job modelling at auto shows.

“I fired my boss and made an offer for myself”

“I arrived in Lhasa recently. No altitude sickness. Everything is fine. Now I’m going to officially start the third chapter of my life—photo-shooting tour,” Ma Jun (pseudonym) wrote in a post on his WeChat Moments on July 17.

A week earlier, Ma quit his job and left the trading company he had been working at for two years, according to his WeChat Moments posts.

Ma majored in economics in college, and had begun working at the company in Qingdao, east China’s Shandong province, soon after graduation. At the same time, he took a part-time job in a local photography studio, as he has been unwilling to give up a hobby that he had been very enthusiastic about.

Ma’s photography skills brought him more and more clients. After the outbreak of the COVID-19 epidemic, he and his friends jointly started an online training course on photography, teaching people who are interested in the field. The course has received widespread praise.

Seeing that his part-time job in photography brought him a monthly income of nearly 20,000 yuan ($2,852), which was far more than what he earned from his main job, Ma resigned from his previous company this summer after saving enough money.

He then decided to take on a new job as travel photographer.

Ma taught his first online class in Lhasa recently, capital of southwest China’s Tibet autonomous region, thanks to the extensive network coverage and good reception in the region.

Ma’s goal for the next stage is to continue his online teaching while going on photo-shooting tours around the country.

“I’m enjoying my life and the career I’m passionate about,” Ma said.

Despite the impact of COVID-19 on the Chinese economy, the country’s booming new economy has generated important opportunities for economic recovery and for people in the country to plan new careers.

Some companies in the country have even come up with the idea of “sharing employees”.

26 percent of the drivers are small and micro business entrepreneurs, while 4 percent are WeMedia bloggers, according to the report on the survey, which said that these deliverymen have a variety of jobs, such as drivers and even white-collar jobs.