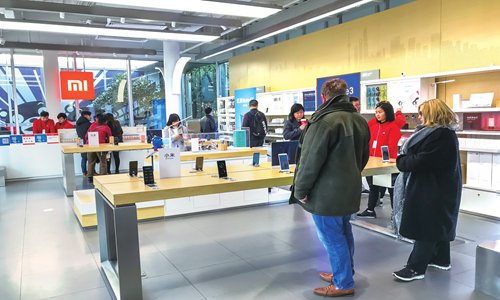 Chinese smartphone maker Xiaomi filed on Thursday an application for an IPO on the Hong Kong Stock Exchange, the most anticipated public offering by a Chinese technology company since Alibaba’s IPO in 2014.

The IPO aims to raise up to $10 billion, and may be finalized by July this year, according to media reports.

In its filing, Xiaomi provided its first detailed financial statements. The Beijing-based company posted revenue of 115 billion yuan ($18 billion) in 2017, up 67 percent year-on-year, and operating profit of 12 billion yuan, a whopping 134 percent increase.

The document was prefaced by a letter to investors by Xiaomi founder and CEO Lei Jun, who reaffirmed his recent commitment to cap profit margins on Xiaomi’s hardware at 5 percent.

Lei also promised to maintain the business model of selling hardware at low prices to strengthen the user base and make the bulk of profits through sales of internet services.

The IPO comes after a year of strong growth for the company, which has rebounded from a lackluster 2016 and is betting on further growth. Neil Shah, research director at Counterpoint Research, said in an interview with the Global Times that Xiaomi must raise capital to scale up its services ecosystem and invest more in intellectual property and technical research.

Xiaomi has also been investing heavily in overseas expansion, especially in India where it’s the smartphone market leader with a 31 percent share, according to Counterpoint’s research.

“India is the bright spot for Xiaomi, its biggest contributor to revenue and shipment growth,” said Shah. “We believe Xiaomi will continue its ‘India first’ strategy and use the momentum of its smartphone sales to build up its services ecosystem and other Xiaomi hardware, which should sell well in the price-sensitive Indian market.”

Xiaomi’s IPO is important not only for its size but also for its location. Xiaomi will be the first large technology company based in the Chinese mainland to choose Hong Kong for its IPO.

Baidu in 2005 and Alibaba in 2014 chose New York to hold IPOs. The move by Xiaomi follows a change of listing rules in Hong Kong that were announced on April 24.

“WVRs are a very mature structure across the world, and among internet companies it is almost universal,” Sean Song, head of research at Hina Group, an investment bank in China, told the Global Times.

“Since the Hong Kong Stock Exchange opened up and the new rules took effect on Monday, we expect that Hong Kong, with its geographical advantage, will become the place of choice for most internet companies from Chinese mainland to go public,” Song said.

Some observers said the Xiaomi IPO would be a symbol of progressing financial reform in China, following other regulatory changes to attract Chinese companies to list their shares domestically, such as the recently approved Chinese Depository Receipts (CDRs).

Lei called CDRs “a great policy innovation” in a recent interview with Bloomberg. “Thanks to these reforms, investors can help fast-growing new-economy companies succeed in their local environment and share the fruits of their success with their users and shareholders in China,” said Song.