Last week, the Center for Strategic and International Studies (CSIS) in Washington held a discussion on the armament program of the Russian military and the shape of the Russian Armed Forces by 2035.

Experts suggested that the future capability of the Russian military would largely depend on how successfully Moscow can replace its Soviet-era weapons with modern ones. Meanwhile, they agreed that Russia is making progress in the modernization of its military force and relies not only on nuclear deterrence.

The discussion involved Michael Kofman, a Russian military affairs specialist at the Center for Naval Analyses, Tomas Malmlöf, a political scientist with the Swedish Defense Research Agency (FOI) and Olga Oliker, CSIS’s director for its Russia and Eurasia program.

Western analysts underscore that currently Russia continues to use weapon systems originating in the Soviet era, including the Kalibr cruise missile and the Iskander missile defense system.

Yan Novikov, CEO of Russia’s Almaz-Antey defense manufacturer, recently said that in the near future the company will complete tests of new target-seeking warheads for the S-350 Vityaz missile system and naval air defense systems. Moreover, the company is conducting tests of a guided interceptor missile for the S-500 missile defense system.

In April, it was reported that newest Tsirkon 3M22 hypersonic anti-ship missile reached speeds of Mach 8 (eight times faster than the speed of sound) during tests. The production of the missile is expected to be launched in 2017. The Admiral Nakhimov and the Pyotr Veliky nuclear-powered missile cruisers will be the first to receive the new weapons.

On May 20, Russian Deputy Prime Minister Dmitry Rogozin said that Russia has begun the development of the PAK DA long-range bomber, with the first test flight scheduled for 2025-2026.

As for the new engine of the T-50 jet, Alexander Artyukhov, deputy CEO of United Engine-Manufacturing Corporation, said that its tests were expected to begin in the fourth quarter of 2017. Its flight tests are scheduled for 2020.

“The analysis that I have seen on the PAK-FA indicates a pretty sophisticated design that is at least equal to, and some have said even superior to US fifth-generation aircraft,” former US Air Force intelligence chief Lt. Gen. Dave Deptula told National Interest in 2014.

In the future, Russia will focus on developing long-range striking weapons, including missile and precision guided weapons. The idea is to be able to strike a potential aggressor at long ranges.

“They’re working on deterrence by punishment, which is what all this long-range strike potential is about. The ability to retaliate and to strike with conventional weapons, not nuclear weapons,” Kofman was quoted as saying by National Interest.

Last year, Boris Obnosov, CEO of Tactical Missile Weapons Corporation, said that the company was developing missiles with a striking range longer than that of Kalibr cruise missiles, used against terrorists in Syria.

Moreover, the Kh-101 long-range cruise missile is currently undergoing modernization. The missile is expected to have a longer striking range and increased precision.

Obnosov also said that the decision had been made to resume production of a modernized bomber, which was reported by media under the name “Tu-160M2.” The aircraft will receive new electronic systems, modernized launchers and upgraded engines.

According to Kofman, Russia is currently behind the West in terms of unmanned technology, but Moscow is investing heavily into the industry.

Compared to the Western military, Russia is much less focused on large combat drones. Instead, Russia is focused on cheap and disposable drones that can be used for reconnaissance to provide targeting capabitilies for heavy artillery.

Malmlöf estimated that during the period between 2026-2035 Russia may turn the T-14 Armata tank fully robotic. Earlier, the Russian Defense Ministry already announced a plan to start developing an unmanned version of the tank. 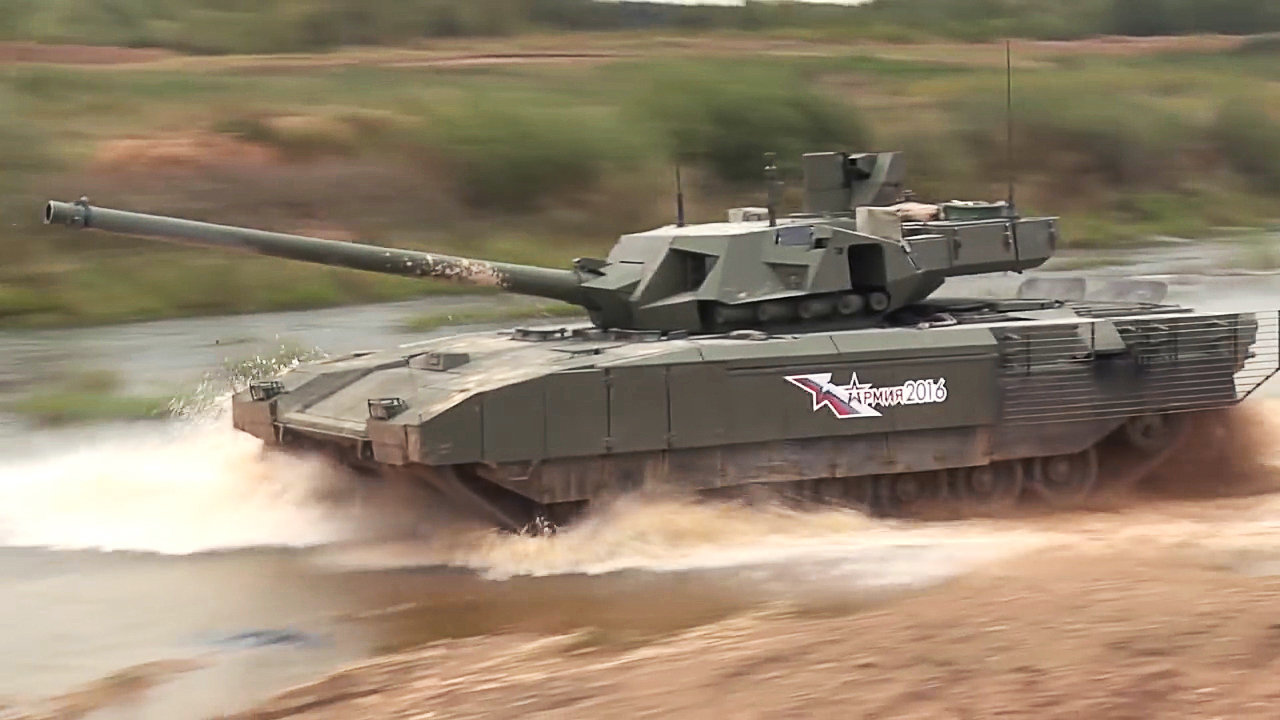 Demonstration of T-14 Armata tank. (Ministry of defence of the Russian Federation)

The US military has long been concerned about Russia’s EW capability, seeing it as a major potential threat. Last year, the Pentagon established the Army Rapid Capabilities Office. Then-commander Gen. Walter Piatt said that the new office would focus on countering Russia in EW and cyber operations. 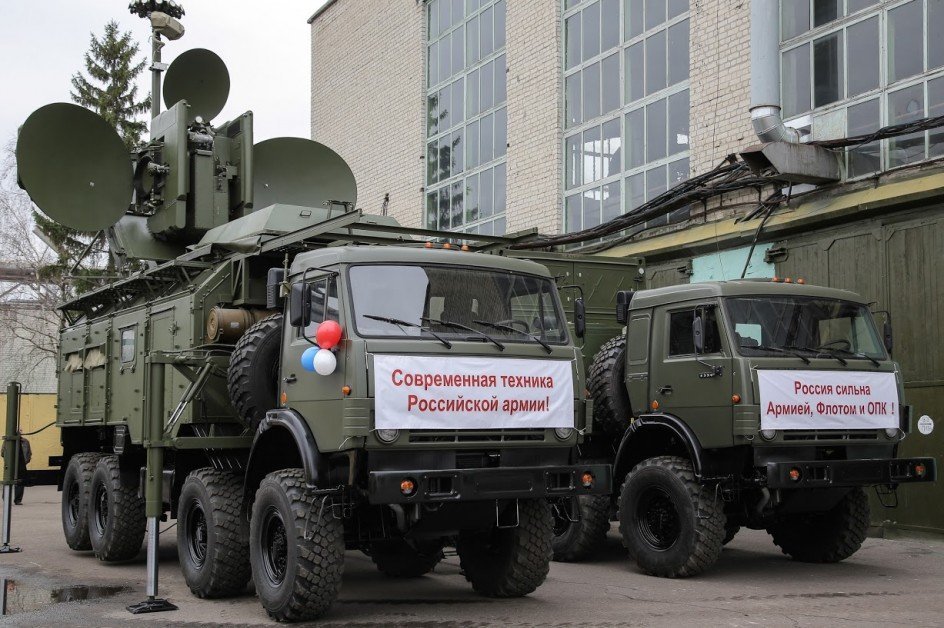 According to Kofman, Russia is very likely either a peer or near-peer competitor to the US in the field. Meanwhile, Oliker pointed to the fact that cyber capabilities are very difficult to measure.

“It’s a different challenge to study that particular set of tools. Even with all the talk, it’s still very poorly defined,” Oliker said.

Not Only Nuclear Deterrence

Summing up, according to Western experts, Russia is abandoning the concept of using a massive military force and by 2035 will rely on long-range high-precisions strikes, while retaining its capability to cause area effects.

They noted that Russia is actively developing high-precisions weapons and will integrate them in its military doctrine.

However, an economic downturn and Western sanctions, including a ban on importing equipment and microelectronics, could negatively affect the pace of Russia’s military modernization.

“Ultimately, Russia is not the threat that the Soviet Union once was. But nor is Moscow quite as weak as it was in the immediate aftermath of the collapse of the Soviet Union where the Kremlin had to rely solely on its nuclear arsenal for deterrence. Modern Russia has the means to strike back conventionally against potential threats,” according to National Interest.

Kofman noted: “Russia now has a really decent conventional standing force. They no longer dependant on nuclear weapons as their only deterrent.”