At-Large Director of the Illinois Soybean Association and soybean grower Austin Rincker shows the soybeans produced on his farm. Photo by Zheng Qi from People’s Daily

“The customer just left,” said Kraig Baumann, an American ginseng producer in Wisconsin, after he lost a potential buyer due to the recent tariff policies issued by the US government.

Baumann runs the largest American ginseng farm in Wisconsin that covers about 500 acres of land. He has been engaged in ginseng growing for 45 years, and his farm produces 250,000 pounds of the plant each year.

Baumann was still an ambitious man during an interview with the People’s Daily last November, saying he would expand overseas business. He also showed around the newly-built staff dorms to the journalist with pride.

He would print QR codes on the package of his ginsengs sold to China, and he said it was a special design for the customers on the other side of the ocean.

95 percent of American ginsengs of the US come from Wisconsin. Meanwhile, 85 percent of the state’s production goes to Asia, 80 percent of which ends up in mainland China and Hong Kong.

However, the current China-US trade dispute is placing huge impact on the state’s American Ginseng industry. “Imposing the tariffs brings no good to anyone,” said Baumann.

He introduced that their business was great with continuously growing export before the US adopted the tariff policy. However, the farmers now have to offer high discounts in order to retain their customers. As a result, the farmers are suffering losses and cannot afford to purchase new equipment and hire new employees, Baumann told People’s Daily. “It is disappointing,” he said.

Apart from the American ginseng industry, the cranberry growers in the state do not want the trade war, either. 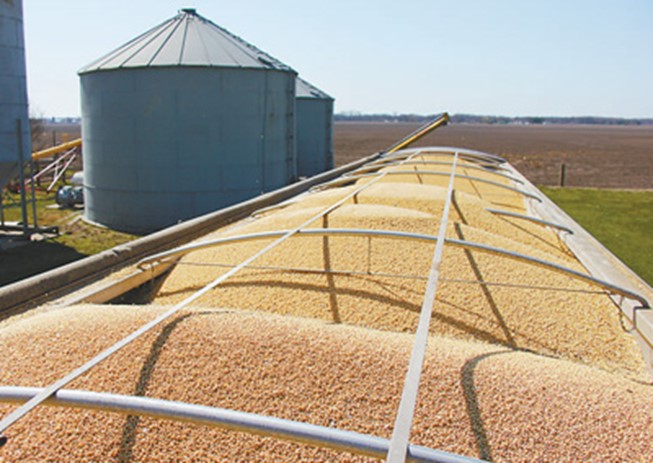 A lorry loaded with soybeans on a farm in Illinois.

Statistics released by the Wisconsin State Cranberry Growers Association (WSCGA) indicated that the US exports about 95 million pounds of cranberries, or 12 percent of its total production to the European Union (EU) each year. However, the EU is now levying extra tariff on the US plant as a retaliatory measure against the US government who increased import duties on EU steel and aluminum products.

In addition, 90 percent of Wisconsin’s milk is sold out-state after being manufactured into cheese. The milk price, which experienced a dramatic decline in 2014 from a record high, has already impacted many of the US dairy farms. Recently, the industry was further threatened after Mexico announced to slap a 25 percent of tariff on US dairy products as retaliation to the US steel and aluminum tariff policy. Mexico is the largest export market of the US dairy products, with nearly $400 million of imports last year.

Not a single state is spared from the damage, with the industrial Midwest and the agricultural heartland states hit especially hard, according to the latest research report by the US Chamber of Commerce (USCC). The report said that the increased tariff has caused damages to the whole US business world, from agriculture to industries, from Wisconsin to the rest of the states.

The US-initiated trade war will bring impact to over $1 billion worth of the export industry in Wisconsin, casting shadow on about 800,000 jobs in international trade. The damage will only become worse.

Although the US government recently announced an agricultural subsidy plan worth $12 billion to aid the domestic farmers and ranchers whose interests have been hurt by the trade disputes, it is only a makeshift.

“We want free trade. Any aid program, no matter how massive, is nothing but band-aid,” said Bill Gordon, a soybean grower in Minnesota. He believes that the best way to stop the trade war from hurting the US economy is to put an end to the trade war.

President and CEO of USCC Thomas J. Donohue recently published an article, saying that the Trump administration has slapped billions of dollars’ worth of tariffs on imports from around the world, provoking retaliatory actions from other nations and boomeranging back to hit US businesses and consumers.

He also stressed that the cumulative effect of the retaliatory tariffs could eventually stunt the economic progress of the US.

“We like neither trade war nor tariff war. It will affect everyone’s life.” Many Americans expressed their concerns about the trade war. From agricultural to manufacturing industry, all walks of the US society have felt the impact of the tariffs.