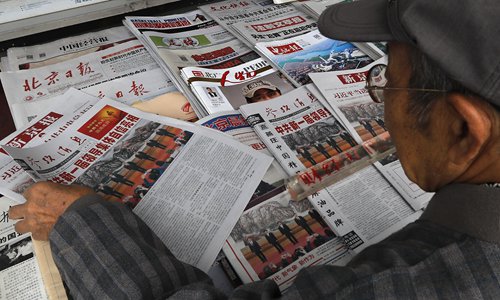 China will carry out pilot supervisory reform programs throughout the country and a new supervisory law will grant the supervisory commission legal authority to investigate corruption, according to the Communist Party of China (CPC) Central Commission for Discipline Inspection (CCDI).

Supervisory reform will be deepened and pilot programs quickly carried out across the country according to the arrangements of the 19th CPC National Congress, said Xiao Pei, CCDI deputy secretary, at the conference for interpreting the congress report.

China has already set up pilot supervisory commissions in Beijing as well as Shanxi and Zhejiang provinces by integrating their governments’ supervision departments, corruption prevention bureaus and divisions which handle bribery, dereliction of duty and prevention of duty-related crimes under the People’s Procuratorate.

The reform aims to form a more centralized, authoritative and efficient supervisory system.

Xiao said a national supervision law will be formulated so that supervisory commissions will be given responsibilities, powers and the means to investigate in accordance with the law.

“China would build a ‘rule of law’ system. The concept also needs to be reflected in anti-graft work,” Li Yongzhong, former deputy director of the China Discipline Inspection and Supervision Institute, told the Global Times on Thursday.

In the past, the Party’s discipline watchdog used “shuanggui” to detain suspects. Shuanggui is an intra-party disciplinary practice that requires a Party member to cooperate during questioning at a designated place and time.

About one-eighth of the 19th CPC National Congress report, delivered by Xi on October 18, was about Party self-discipline. Shuanggui will be replaced by detention, Xi said in the report.

“The national supervision law will specify the approval procedures, when they should be used, the time frame of relevant measures, as well as the safety of investigations and medical treatment. This will further legalize the anti-graft work,” Xiao said.

The first mission of Party political construction was to “uphold the Party’s central authority and its centralized and unified leadership,” he said.

To stress political construction was “to ensure that the Central Committee’s decrees and directives are faithfully carried out without disruption,” Cai Zhiqiang, a professor at the Party School of the CPC Central Committee in Beijing, told the Global Times on Thursday.

“Some believe that in a market economy, the Party’s governance can be subdued. This is extremely wrong,” he said.