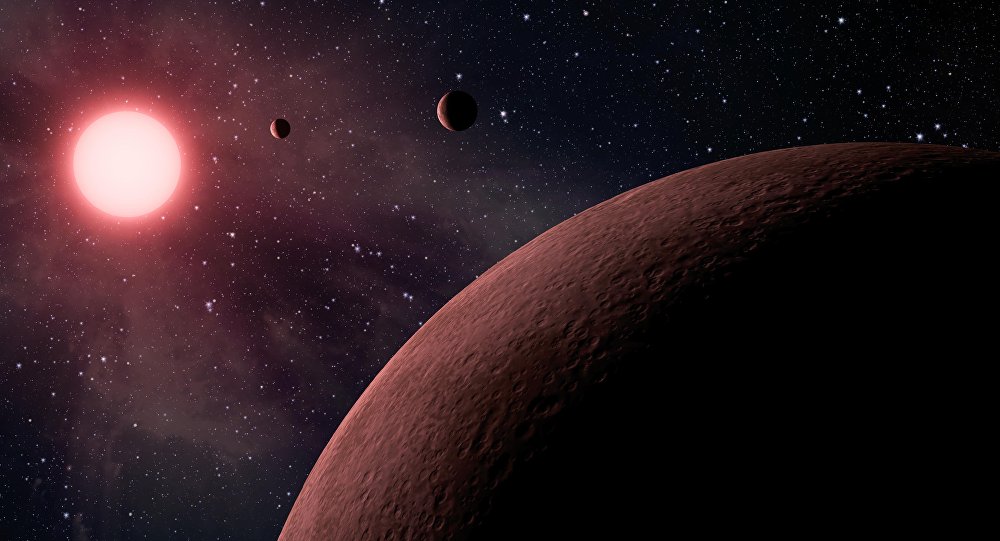 The Kepler telescope, which has already helped discover some 2,300 exoplanets during its K2 planet-hunting mission, has been instrumental in identifying arguably the fastest-orbiting planet ever discovered.

A day on Earth, the time it takes for an Earth to conduct a full revolution, lasts 24 hours, roughly speaking, and a year on Earth takes 365 days, during which our planet makes a full circle around the sun. During the year we have winter, spring, Women’s Day, summer, September 1, winter, Christmas and many other wonderful moments. The year is a wonderful thing, right?

That’s right, this planet, also known as C12_3474 b (according to different star catalogues), is the fastest ever discovered. Its orbital period is only about 6.7 hours, according to a report by Phys.org.

Remarkably, the newly discovered speedy planet is actually pretty large, being three times as big as Earth and 5.3 more massive. This suggests a solid, heavy rocky body with lots of iron, with the iron content reaching up to 70 percent, scientists say.

It orbits its host at only 0.007 astronomical units (1 AU equals the average distance from Earth to our sun) or 650,690 miles, or only three times the distance from the Earth to the Moon.

Besides, its atmosphere has probably been completely blown off by stellar radiation, the scientists say. That close to the star, the planet is lucky it hasn’t been vaporized entirely.

So yes, living there would really suck, even without that seven-hour year. What makes us wonder, though, is how long a day there is? While the scientists currently have no way to tell, we can only compare it to the Earth day-to-year ratio. And that comparison would make living on EPIC 246393474 b a constant strobe show, probably. Or perhaps it is tidally locked, like many other close-in planets?