Smart restaurants, which offer a dining experience characterized by partly automated operations that eliminate the need for human waiters and waitresses, have continued to flourish across China as an up-and-coming business model. 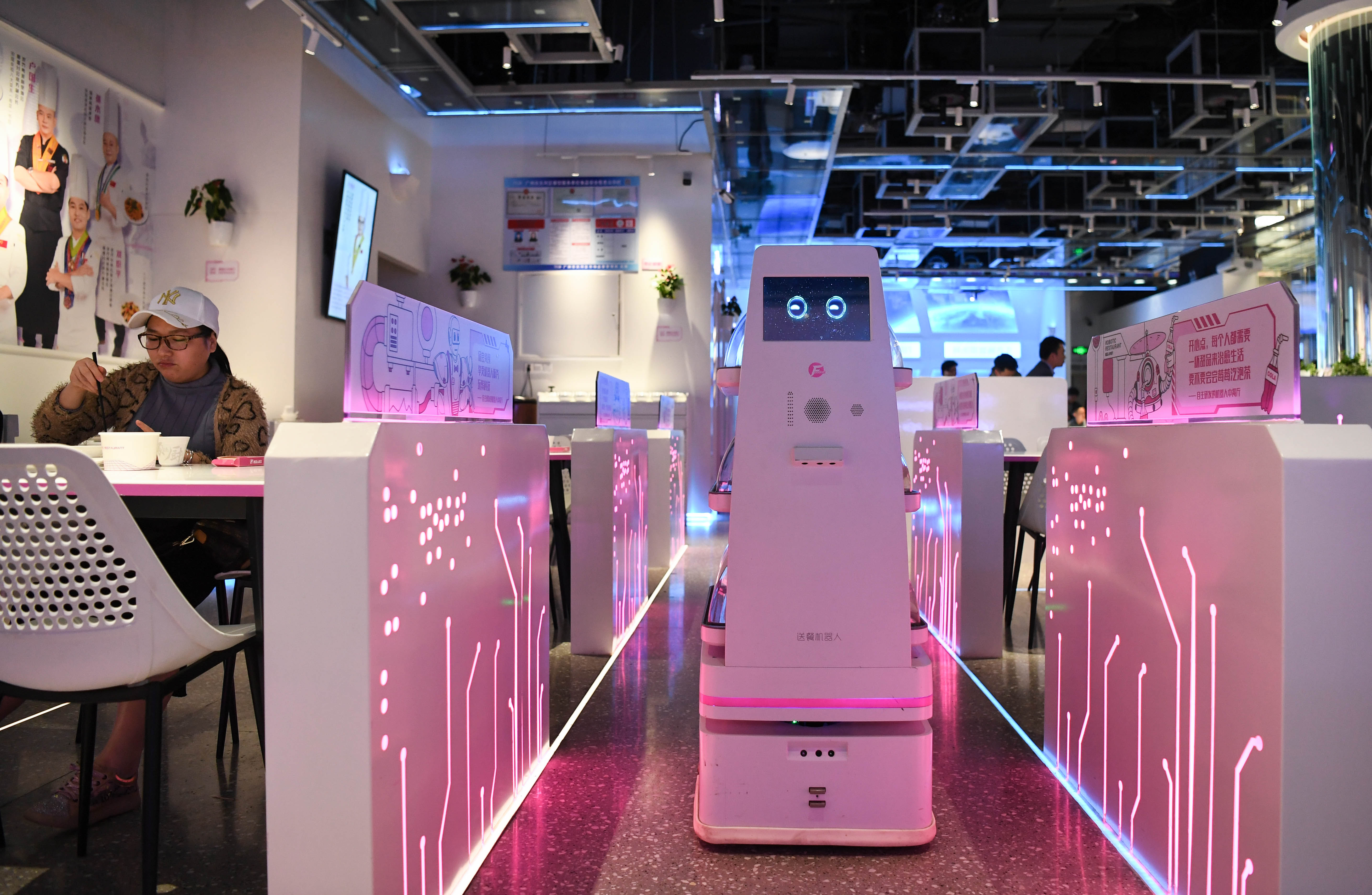 Since it opened up a smart restaurant in Beijing’s Chaoyang district in 2018, the hotpot restaurant chain Haidilao has garnered even greater acclaim by offering a new unique experience to its patrons.

At the restaurant, processes such as ordering, preparing, cooking and serving food, as well as dining and checking out, are all facilitated through the use of robots and an artificial intelligence-enabled (AI) system.

The intelligent system is also able to identify food items approaching their expiry date and will properly dispose of these items before processing a new order, explained Hu Jie, an R&D manager with Haidilao.

Haidilao is one of the many restaurants in China that has undergone changes in their operations by embracing the latest information technologies and related equipment.

Starting last year, there has been a rising demand for automated systems to promote contactless dining at restaurants, a dining mode that was eagerly sought after to prevent the further spread of the novel coronavirus virus after the initial outbreak.

To seize upon this new business opportunity, various domestic robot manufacturers, including Siasun, Uditech and Keenon, have become increasingly more engaged in R&D in the area of robotics since last year.

The robots developed by Keenon can perform tasks such as food delivery and clearing empty plates away from the table. They can also avoid obstacles and return to their original position after completing a food delivery run. Moreover, the robotic droids are able to display a QR code to customers for scanning prior to making a payment. All these functions can help to significantly reduce instances of human-to-human contact.

Two Keenon robots are able to serve 20 to 30 tables, as statistics from Keenon showed, while indicating that such an operational arrangement can effectively save labor costs and improve efficiencies. The whole catering industry will become more and more dependent on robotic systems for fulfilling their food delivery needs in the future with an aim to raising efficiencies, lowering costs and guaranteeing food safety, said an executive with Keenon.

An official with the Ministry of Commerce mentioned recently that efforts should be made to accelerate digitalization, smart transformation, and cross-industry collaboration for brick-and-mortar businesses, promoting the development of smart restaurants and working towards deeper integration between online and offline business models.