People like to use the word fast to describe China’s rapid railway development. However, in some regions of the country, trains are still operating at a very slow speed, such as the 4182 train running on Yakeshi-Linhai Railway, China’s northernmost rail line.

A full fare on this train only costs 37 yuan ($5.5). When the region is covered in snow, the 4182 train is the first transportation choice for local people. According to conductor Zhang Suoyou, the temperature inside the carriages stays at around 20 degree Celsius, despite the freezing cold outside.

A round trip burns 4.5 tons of coal, said Zhang, who has been working on the train for 14 years. 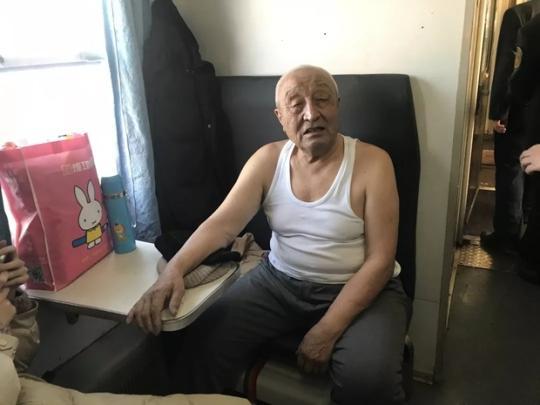 It’s warm in the carriage. (Photo/cnr.cn)

The train makes 31 stops along its 523-kilometer route. Sometimes, only one passenger is waiting at the station, while sometimes there are none. However, the train still stops for one minute at each station.

The train route is sparsely populated. Therefore, the train serves as a school bus for children, and even as an ambulance on some occasions.

If a passenger suddenly becomes ill on board, train attendants turn into “emergency physicians.” Studens in the carriage. (Photo/cnr.cn)

Zhang said that he has been taking the train since he was a child. As long as the route continues to exist, he will keep on operating the train, he added.