An elongated version of the Fuxing bullet train will begin operation on July 1, China Railway Shanghai Group announced on Thursday. 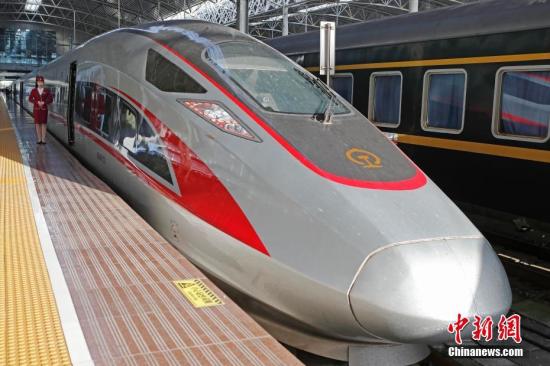 The new model of the bullet train has 16 carriages, eight more than the current Fuxing bullet trains in operation. It is 415 meters in length, and is able to carry 1,193 passengers at a speed of 350 kilometers per hour.

The rail department has been known to connect two 8-carriage bullet trains on special occasions such as during the Spring Festival rush, to ease pressure on the transport system. However, by connecting the two locomotives in the middle, the total capacity is lowered.

The lengthened Fuxing bullet train will replace the connection of the two locomotives with carriages, thus further increasing its capacity.