An artist in Shanghai has drawn more than 10,000 sketches of subway passengers over the past five years during his daily commute between his home and office.

The artist, Jin Bowen, said he draws seven or eight sketches on his daily journey. Jin says he spends more than three hours on the subway each day, and drawing during rush hour has become part of his routine. “I don’t want to waste my time, and instead do something meaningful,” Jin said. He believes that the subway is a miniature version of society, and he hopes to record it using his own expertise.

Over the past five years, Jin has witnessed not only the rapid development of the subway, but also the heartwarming stories that happen on board. He recorded an old lady bowing to a passenger who offers her a seat, and a construction worker sitting on the floor to avoid getting the seat dirty.

Jin says that it’s these ordinary but respectable people that have touched his heart. 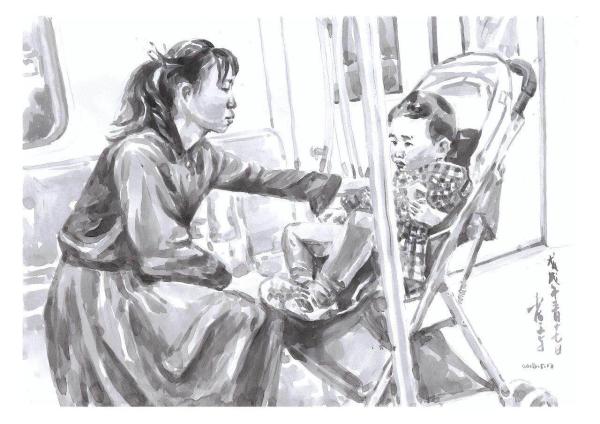