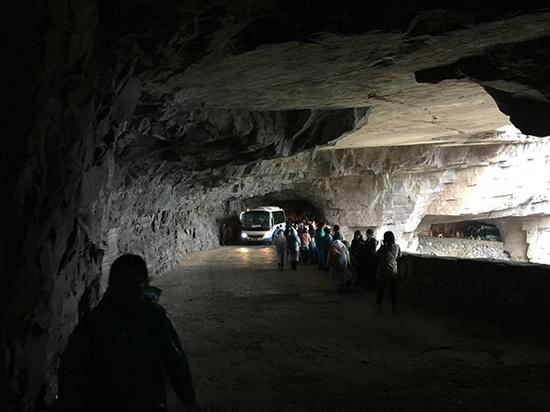 Guoliang cliff corridor, a 1,000-meter-high, 1,200-meter-long road built along a cliff, is dubbed as the world’s ninth largest miracle for its difficult and dangerous construction.

The corridor is located in Guoliang Village, Huixian County, central China’s Henan province. In the past, the village was cut off from the rest of the world and its residents had to walk through a valley surrounded by steep cliffs before they went down the mountain.

In 1972, the villagers decided to dig the tunnel road themselves. Fourteen of them, led by the village Party Secretary Shen Mingxin, began to chisel and hammer a real road to the outside.

Without any training, the construction was very dangerous. They had to work with explosives on the steep cliffs. Some of them even died in fatal accidents, but they kept on digging. Construction of the miraculous road was completed in 1977. 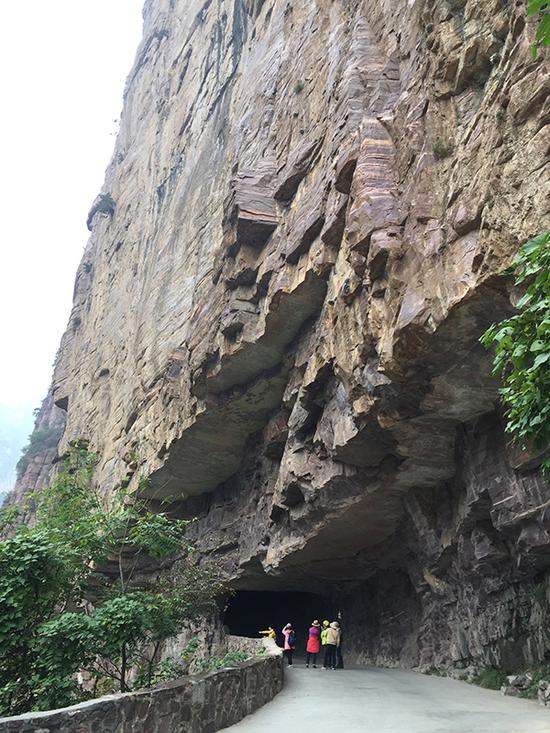 The corridor has now become a convenient path between the village and the rest of the world and the story of the 14 road builders has become a tourist attraction, bringing considerable income for villagers.

The villagers are also using the corridor to publicize the spirit of self-reliance and self-improvement of the road builders among visitors.

(The story is also published on People’s Daily Online)