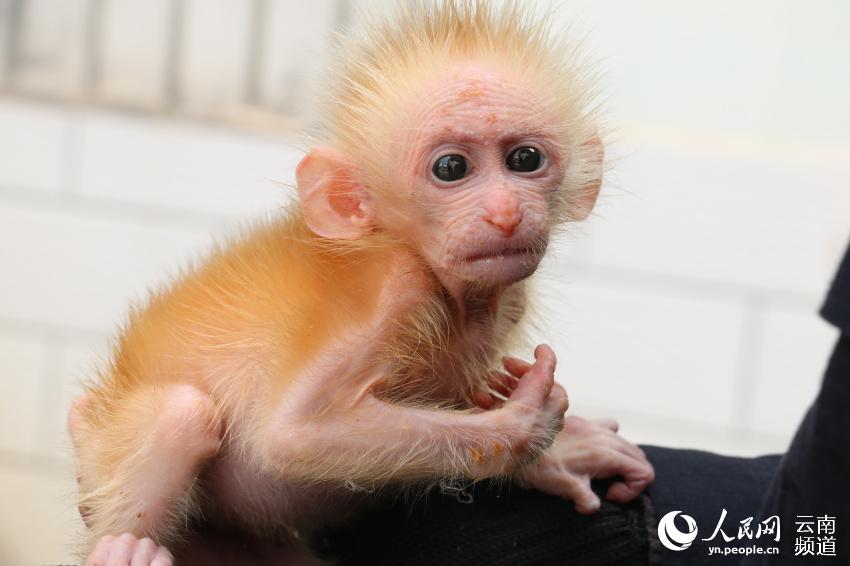 A northern pig-tailed macaque cub, under first-class national protection in China, was recently saved from a trafficker by two citizens in Pu’er, southwestern China’s Yunnan province, and was later handed to local forest police.

The macaque is 21 centimeters in length and weighs only 1.1 kilograms. It was later sent to a local wildlife rescue shelter because it was not yet capable of surviving in the wild.