With cross-border e-commerce booming in recent years, many Chinese enterprises have built overseas warehouses in order to better meet the needs of overseas customers. 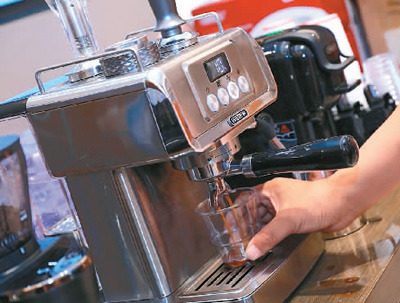 Nowadays, many overseas customers are buying a wide range of Chinese products, such as cosmetics, clothes, furniture and vehicles on Chinese cross-border e-commerce platforms. Jalila from Bahrain recently bought a Chinese coffee maker called HiBREW online. “I placed the order on Sept. 19 and received it just two days later,” she said. “I’m very satisfied with it as it’s very easy to use and the taste of the coffee is great.” Similarly, Saleh, a customer in Saudi Arabia, who bought a coffee maker from the same brand online and also received it two days later, was impressed by the speedy delivery service.

Overseas warehouse refers to storage facilities established overseas. Domestic enterprises establish warehouses and store commodities in target market countries, transport commodities there in bulk, and then, according to local sales orders, directly sort, package and distribute the goods to local customers from these warehouses.

“In the past, we used to send the commodities from warehouses in China after receiving the orders, which was time-consuming and not cost-effective. Now, we transport our goods to overseas warehouses first, and then deliver them from the warehouses directly after we receive the orders. This helps slash the time for delivery, making it popular with customers. Since July 2020, our orders have surged by 80 percent,” Zeng explained. 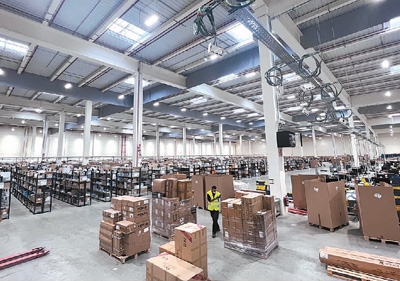 “Overseas warehouses built along the route of the Belt and Road Initiative have helped Chinese brands like HiBREW go global,” said Zeng. “Now, HiBREW is a household name in the Middle East.”

China had built over 2,000 overseas warehouses by the end of 2021, with a total area of more than 16 million square meters, according to China’s Ministry of Commerce (MOFCOM). A recent meeting of China’s State Council called for more efforts to build overseas warehouses.

In addition, buyers can return items and make exchanges at overseas warehouses, which is much more convenient than before, according to Hong Yong, an associate research fellow at an e-commerce research institute under MOFCOM.

This is evidenced by AliExpress, a Chinese cross-border e-commerce platform. Together with Cainiao, the logistics arm of Alibaba Group, it has built over 20 overseas warehouses with a total area of more than 860,000 square meters in more than 11 countries and regions. Now, buyers can return or exchange products within 15 days. Furthermore, AliExpress can deliver commodities to clients in a minimum of two days in European countries, and it will make the delivery time in major countries in Europe and America a maximum of five days in the second half of the year.

Moreover, overseas warehouses are also taking on more roles, such as making financing more accessible and affordable for small and medium-sized firms. Zongteng Group, a leading cross-border logistics service provider for e-commerce sellers in China, has accumulated a great deal of information through the building of overseas warehouses, and can help match up companies that need financing with capital providers, lowering financing costs for businesses.