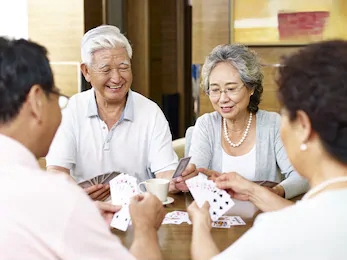 Wang Shaokang, a post-95s volunteer from Nanjing, capital of east China’s Jiangsu province, recently spent half an hour delivering dinner to an older couple. After saving his volunteering time in the “time bank,” he is now able to exchange it for the same amount of care when he gets old.

65.3 percent of the total 4,557 respondents would like to provide services for the elderly when they can and reap similar services for themselves or their families in the future, according to a survey conducted by the official micro-blog of China Youth Daily.

By the end of 2018, China has a population of 249 million aged 60 or above, accounting for 17.9 percent of the national population. The increasing cost of elderly care and the lack of such service providers have made the situation more severe.

Nanjing, one of the earliest cities in China to see an aging population, has introduced time bank services since 2012. Right now, a total of 26,000 people have registered to volunteer and serve the elderly in exchange for similar services in their later years.

People born after 1995 tend to be open-minded about caring for the aged and are willing to help each in that respect, said Xu Wenzheng, an official of the Jianye District, Nanjing.

The technology enables volunteering time to be recorded and exchanged in a public and transparent way, free from being lost or falsified, said Wu Fang, an engineer with the Ant Financial Services Group.

The accumulated duration can be used to pay for care in his later years, for his parents or children, or can be donated back to the time bank for older adults in need.

The innovative way of taking care of the elderly has been introduced on a trial basis in several cities in China, such as Beijing, Nanjing and Chengdu.