Multinational companies are scaling up investment in China despite the fallout of the COVID-19 pandemic, demonstrating their confidence in the Chinese economy and its huge market potential, while improving the business environment. 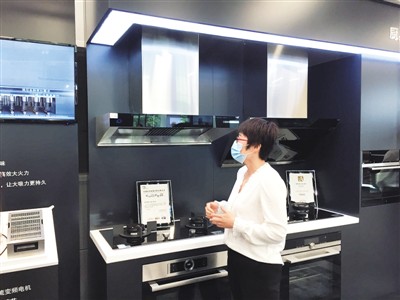 Construction of a warehouse store of U.S. retail giant Costco is in full swing in the Suzhou New District, east China’s Jiangsu province. With a total investment of about 1.27 billion yuan (about $189 million) and a floor area of over 50,000 square meters, the store is expected to be open to the public by the end of next year.

In February, the retail giant announced the start of the construction of its second store on the Chinese mainland with a total investment of 2.6 billion yuan. At the end of July, Costco established its subsidiary with a registered capital of $160 million in Hangzhou, east China’s Zhejiang province.

Costco is one of many multinationals that are stepping up making investments in China. Foreign investment has gradually stabilized in China, posting better-than-expected growth, despite the fact that global cross-border direct investment declined significantly this year amid the COVID-19 pandemic, according to Meng Wei, deputy director of the Policy Research Office of the National Development and Reform Commission (NDRC).

In dollar terms the country’s actual use of foreign capital increased by 2.5 percent year-on-year to 103.3 billion during the January to September period, Meng said, adding that a number of major foreign projects have been implemented in an orderly manner.

Several multinational companies have also picked up the pace in their deployment of regional headquarters and R&D centers in China.

BSH Home Appliances Group from Germany opened its largest global R&D center in China at the end of September. With a total investment of about 400 million yuan, the center is expected to have about 1,000 R&D personnel by 2025. So far, the group has five subsidiaries in China.

Some multinational companies have also announced their new investment plans in China. French energy management and automation firm Schneider Electric has announced its new investment in such cities as Xiamen, Beijing and Xi’an this year.

The company’s investment in new projects was mainly determined by its optimism about the Chinese market and the development prospects of the country’s digital economy, said Yin Zheng, president of Schneider Electric China.

Noting that China has become Schneider Electric’s second-largest market in the world, Yin added that the company would expand R&D and build advanced production lines in the next three to five years to produce a new generation of digital green electrical products.

Felix Gutsche, president and CEO of the company’s China branch, said BI plans to invest 451 million euros (about $534.3 million) in China over the next five years.

China will create a better environment for foreign investment. “We will let more foreign companies enjoy opportunities in the Chinese market,” said vice commerce minister Wang Shouwen, explaining that the Ministry of Commerce is working faster to significantly increase items on the industry catalogue that encourage foreign investment and help foreign-funded firms to receive benefits from preferential policies.