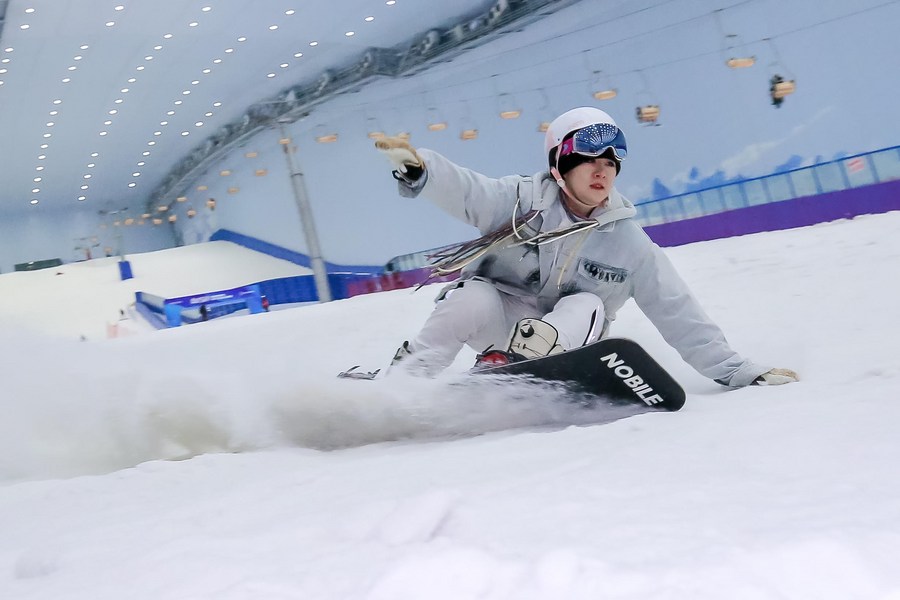 Young Chinese people are showing increasing enthusiasm for extreme sports, an industry which has continued to grow in recent years, Chinanews.com reported on Feb.23.

Song Doubao (pseudonym), a computer engineer in her 30s, is one such fan. Every year, she spends about 60,000 yuan ($9,300) on diving, and 13,000 yuan on ski trips to resorts in Chongli district in Zhangjiakou, north China’s Hebei province.

Compared with traditional sports, extreme sports are new and cool, said Pei Yunya, marketing director of an extreme sports company that has over 2.6 million registered users on its smart phone application.

Since their first appearance in China, extreme sports have seen burgeoning growth. China is now home to 4,000 companies related to rock climbing, with the industry registering growth for five consecutive years.

The year 2020 saw 789 newly-registered rock climbing companies, the biggest rise in the past five years, despite the impact of the COVID-19 crisis, according to data from Qichacha, a platform offering data and analytics on China-based private and public companies.

According to the Winter Sports Development Plan (2016-2025), the number of Chinese people who practice winter sports regularly will exceed 50 million by 2025. By then, the winter sport industry is expected to see an output of 1 trillion yuan.

But do extreme sports have to cost the players an arm and a leg? Song doesn’t think so, revealing that the cost of diving in different destinations can vary from 3,000 to 30,000 yuan. And skiing in some regions near Beijing can cost as little as 300 yuan.

In terms of sports apparel and equipment, Weiwei (pseudonym), born in the 1980s, said that she prefers diving with her own equipment. Five years ago, she bought her own diving equipment for less than 20,000 yuan. With an annual income of about 200,000 yuan, Weiwei said it was not expensive for her.