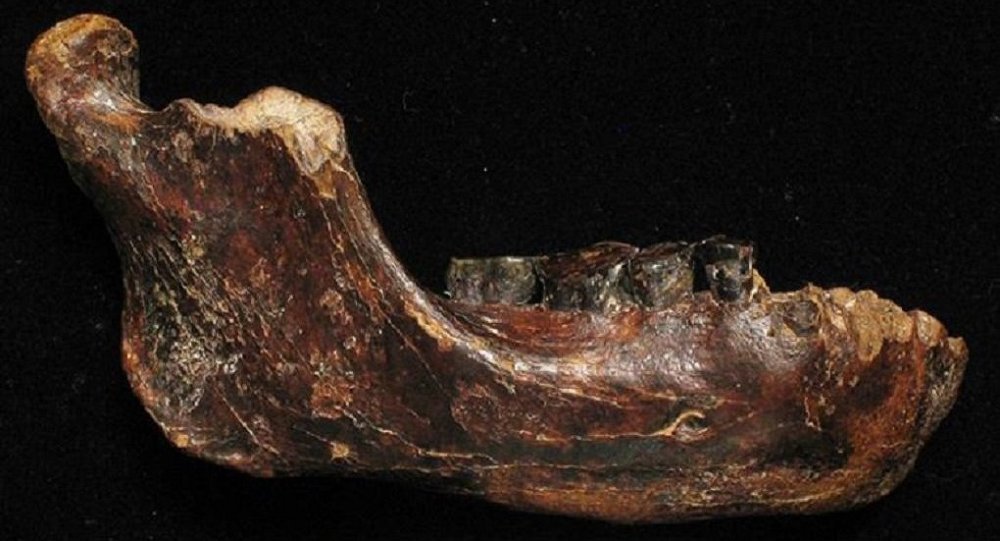 A research team led by German and Bulgarian scientists has claimed that the genealogical split between the great apes and humans happened several hundred thousand years earlier than originally thought, and in an entirely different location.

Not only did the split happen earlier, but an international research team headed by Professor Madelaine Böhme from the University of Tübingen’s Senckenberg Center for Human Evolution and Palaeoenvironment, and Professor Nikolai Spassov of the Bulgarian Academy of Sciences, has suggested that the earliest known human lineage originated in Eastern Europe — not in northern Africa as has been widely asserted.
Using state-of-the-art technology to study the dental root features of two hominin fossils of Graecopithecus freybergi — claimed to be mankind’s earliest known relatives — the research team has come to the conclusion that the creatures debuted hundreds of thousands of years earlier than originally thought.

The findings were published Tuesday.

As modern chimpanzees are considered to be humanity’s closest living relatives, the location of the most common chimp-human ancestor has become a highly debated key issue in modern palaeoanthropology.

It has been assumed in scientific texts that lineages between humans and chimpanzees diverged between five and seven million years ago in northern Africa. Recent theories have suggested that climate change in Eastern Africa was a factor in the genealogical split.

Now, the research team, comprised of scientists from Germany, Bulgaria, Greece, Canada, France and Australia, has suggested a different, and what they claim is a more accurate, scenario for the history of early humanity.

Using modern computer tomography, researchers were able to visualize the internal structure of molars in fossil jawbones, and identified that premolar roots are “widely fused,” a characteristic of modern humans, according to Böhme, cited by Eurekalert.com.

“While great apes typically have two or three separate and diverging roots, the roots of Graecopithecus converge and are partially fused — a feature that is characteristic of modern humans, early humans and several pre-humans including Ardipithecus and Australopithecus,” stated Böhme.

“We were surprised by our results, as pre-humans were previously known only from sub-Saharan Africa,” said Jochen Fuss, a Tübingen PhD student who participated in the study.

University of Toronto paleoanthropologist and co-author of the study Professor David Begun said, “This dating allows us to move the human-chimpanzee split into the Mediterranean area.”

Modern homo sapiens, humanity’s species, is thought to have debuted sometime between 1.8 million and 200,000 thousand years ago.