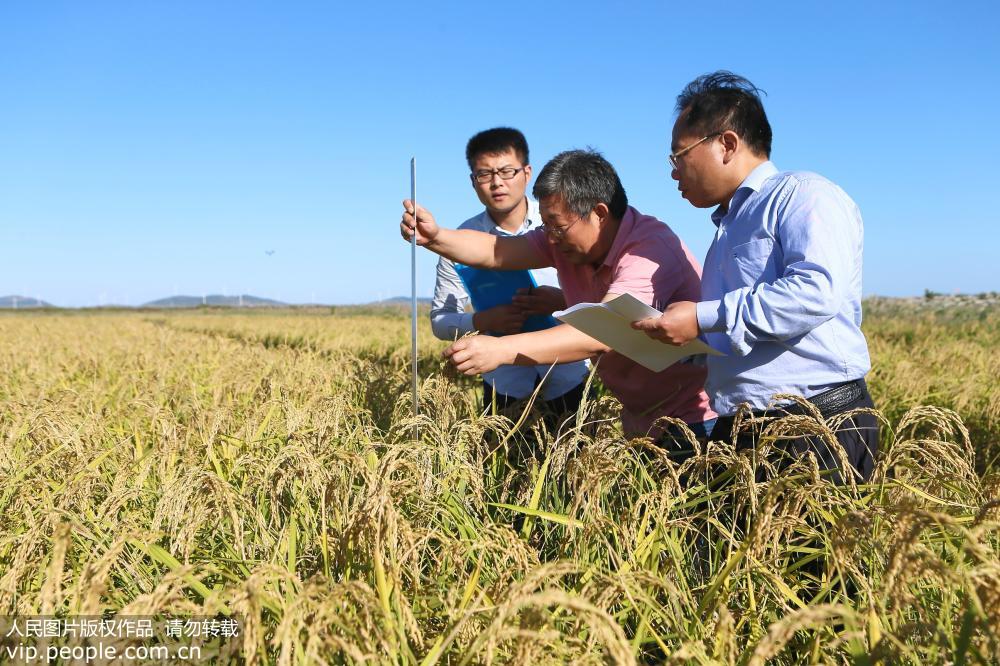 The test was carried out in the field at the Sea-Rice Research and Development Center in Qingdao, east China’s Shandong Province, on Sept. 28. Yuan said he is very satisfied that the sea rice yield has well exceeded 300 kilograms.

Rice is the first choice for improving saline-alkaline soil, of which there is 1.5 billion mu in China. About 300 million mu of that is exploitable. If one third of such land is used to plant the sea rice, the total yield could reach at least 30 billion kilograms, which could feed 80 million people in China, experts estimated.

Yuan also noted his and the institution’s desire to help other countries develop hybrid rice to contribute to world food security and peace.