Qingxian county in Cangzhou city, north China’s Hebei Province is a major production base of makeup brushes. Every year, about 40 million makeup brushes are produced here and then sold to markets located across the world.

In the 1990s, South Korean-funded makeup brush manufacturers began opening factories in Qingxian county, as a result of the local government’s efforts to attract foreign investments.

Qingxian county, which boasted a developed leather market and had easy access to various kinds of cost-effective raw bristles, once attracted more than 30 South Korean companies to establish their makeup brush factories. Zhu Aiqin, general manager of “Qinzhi,” a domestic makeup brush manufacturer in Qingxian county, once worked for a factory of a South Korean company. At the beginning of the 21st century, many local makeup brush manufacturers started to thrive in the county. During the same period, Zhu, based on years of experience in the industry, began manufacturing makeup brushes for international brands, including Dior and Chanel, which were then delivered to metropolises around the world, some including Beijing, London, and the city of Dubai.

In 2015, Zhu began cultivating her own brand “Qinzhi.” After a few years of development, “Qinzhi” now produces tailored and high-end products, and its markets are distributed in various countries and regions of the world, including Australia, Canada, the U.S., Singapore and South Korea. 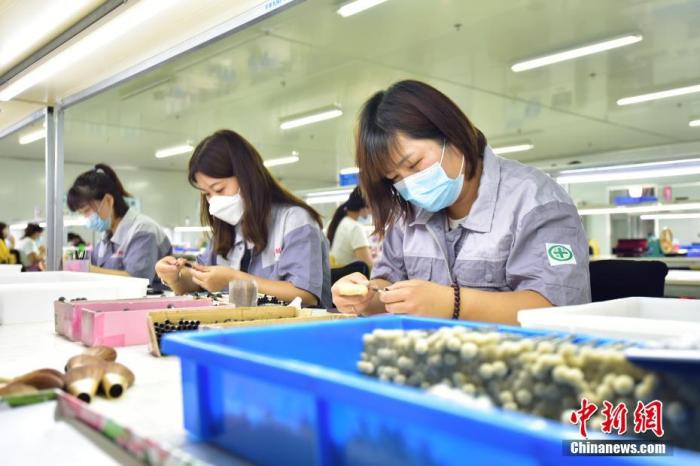 Lin Qian, a makeup artist based in New York, U.S., previously preferred to use makeup brushes of international brands. In 2013, she became a fan of “Qinzhi.” Lin said the products are as good as she expects and are more cost-effective than some big names.