The tourism industry of south China’s island province Hainan accelerated its recovery during the summer vacation. 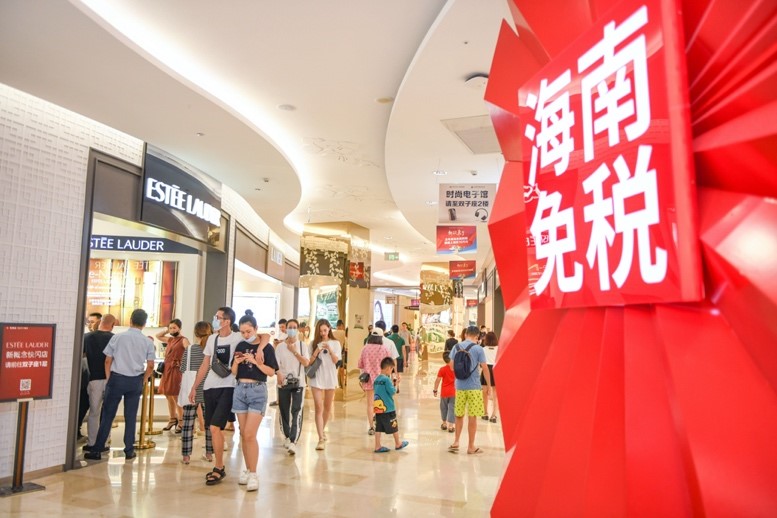 Customers shop at a duty-free store in Riyue Plaza of Haikou, capital of Hainan Province on July 30. Photo by Wang Chenglong/People’s Daily Online

From Aug. 1 to 23, about 2.5 million tourists visited the island by 17,299 flights, basically returning to the level of the same period last year.

As overseas travel almost came to a halt due to the COVID-19 pandemic, many domestic summer vacationers have been drawn by the province’s favorable offshore duty-free policies, while the unprecedented policy adjustment has ignited a wave of offshore duty-free shopping on the island.

Since July, daily average sales of duty-free goods in Hainan had surpassed 100 million yuan ($14.6 million). Cosmetics were the best-selling products at duty-free shops, with the per capita consumption ranging between 1,000 yuan and even more than 30,000 yuan. The newly introduced duty-free electronic products, such as mobile phones and computers, have been welcomed by customers.

Total sales of four offshore duty-free shops in Hainan have exceeded 5 billion yuan from July 1 to Aug. 18, up 250 percent year-on-year. During this period, 740,000 customers bought duty-free products on the island, 70 percent more than those from a year ago.

In addition to the favorable policies, the province’s promotional activities since the Spring Festival holiday have also attracted visitors.

Hainan has also become a hot destination for family trips during the summer vacation. More than 90 percent of the rooms at hotels in Yalong Bay and Haitang Bay, two luxury clusters in Sanya, were booked.

Car-renting trips and nighttime tourism activities were popular among tourists. According to a manager of a vehicle rental company in the province, his company could rent out about 120 to 130 cars per day.

Statistics from Hainan’s tourism authority show that tourists’ per capita consumption stood at around 5,000 yuan during this summer.