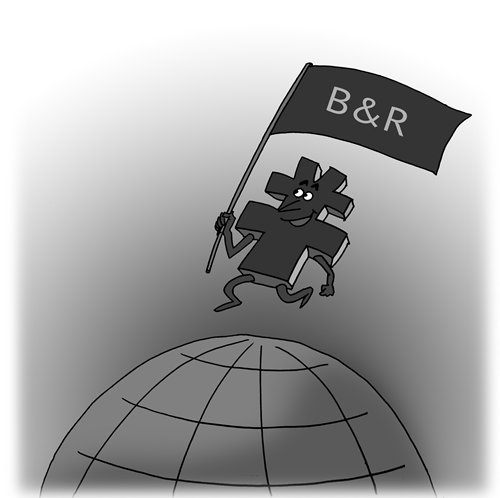 The Belt and Road (B&R) initiative has achieved some success and gained some international influence, but it’s been a tough process. Despite the considerable amount of resources invested, the positive economic and political effects are still limited. The initiative has also encountered some criticism on debt issues, investment efficiency and sustainability.

The B&R initiative has three goals: infrastructure, capacity cooperation and the yuan’s internationalization. There’s been some progress on the first two goals, but the process of yuan internationalization has been slow. In the next round of global governance restructuring, China will have to pursue a situation that’s appropriate to its financial power.

Compared with developed economies such as the US or EU, China still has far to go. It is possible to form a new system by changing the rules of settlement currencies in international trade. The yuan’s internationalization will have to be a driving force amid the changes.

The financial model that serves infrastructure construction is usually one of regional development financial institutions. That’s why the Asian Infrastructure Investment Bank has drawn so much attention.

More countries are starting to use the yuan as a settlement currency, but the bigger goal of the yuan’s internationalization is for it to be an investment currency in cross-border capacity cooperation and have a place in global capital-asset pricing.

The B&R initiative shouldn’t solely count on State-owned enterprises. Private companies, the financial sector (including the stock market and the yuan as international investment currency) should all play roles supporting the B&R initiative.

Globalization implies that cross-border capacity cooperation is the optimal allocation of factors of production on the global level. Direct financing and multi-currency financial services are essential financial infrastructures. They are the foremost problems to solve in dealing with cross-border capital flows, and they are issues that the Chinese monetary authorities and financial regulators should work through.

China’s comprehensive strength has grown substantially since the beginning of reform and opening-up. After the US started a trade war, however, some financial experts began to panic. Their pessimism about a global yuan is overblown.

A workable approach is to start with trade settlements and financial investment in countries and regions along the B&R route, especially neighboring economies where the yuan is readily accepted. Private capital’s enthusiasm for international finance can be tapped to create a new form of mixed-ownership banks for cross-border trade, meeting the need of businesses for cross-border financing, leasing and factoring services. That’s how China’s financial “soft power” can be nurtured.

Small-scale trade and investment services that don’t pique the interest of big banks could be handled by border trade banks working in conjunction with regional centers for foreign exchange settlement.

Additionally, the central bank should play an active part in supporting cross-border financial services and being responsible for the costs of foreign exchange risks.

As the B&R initiative shifts from building infrastructure toward boosting industrial capacity cooperation, the central bank needs to make effective use of China’s forex reserves. That doesn’t mean using the reserves to cover foreign exchange conversion losses. Instead, the central bank could use financial instruments such as currency swaps to help in managing the currency risks commercial banks and other financial institutions may face during the yuan’s internationalization.

It’s a key time for the B&R push, and China should have a strategic plan to let a globalized yuan lend financial support to the initiative.

The article was compiled based on a report by Beijing-based private strategic think tank Anbound.