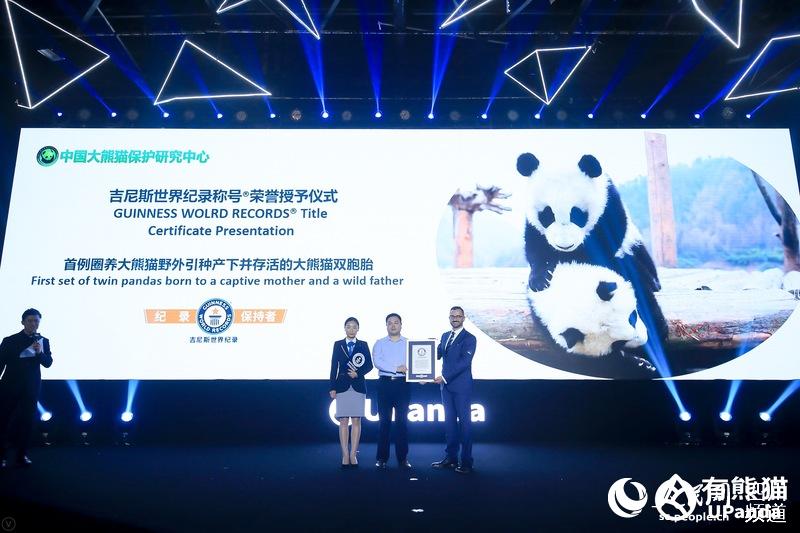 Giant panda twins He He and Mei Mei have set a Guinness World Record for being the first pair of pandas born to both captive and wild parents, Chinanews.com reported on June 12.

The panda twins represent a breakthrough achieved by China in giant panda conservation and research, said Mark McKinley, a Guinness World Records official. The award serves as an acknowledgment of China’s contribution to giant panda protection, he added.

The certificate also means that China’s project to encourage captive pandas to mate with wild pandas has received recognition.

The project to encourage captive pandas to mate with wild pandas was initiated by the China Conservation and Research Center for the Giant Panda. Under the project, female panda Cao Cao was released into the wild and successfully mated with a male panda from Sichuan Wolong National Nature Reserve.

The new record will be added under the China column of this year’s Guinness World Records book.