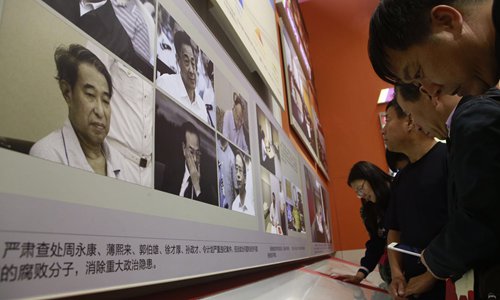 China has launched an exhibition showcasing the country’s progress over the last five years under the leadership of the Communist Party of China (CPC) with Xi Jinping at the core.

The exhibition opened to the public at the Beijing Exhibition Center on Tuesday in readiness for the 19th National Congress of the Communist Party of China scheduled for October.

Chinese President Xi Jinping, who is also general secretary of the CPC Central Committee and chairman of the Central Military Commission, visited the exhibition on Monday.

The dream concept was first proposed by Xi five years ago at a 2012 exhibition with the theme “The Road Toward Renewal” at which he noted that achieving the great rejuvenation of the Chinese nation is the greatest dream for the nation in modern times.

Commending the “historic progress and changes” that have taken place in China over the past five years, Xi said efforts must be made to inspire public confidence in the path, theory, system and culture of socialism with Chinese characteristics.

The show took months to put together, an exhibition organizer told the Global Times. Ministries and government organizations helped out by providing photos and other items for display at the exhibition.

Former Chongqing Communist Party chief Sun was expelled from the Party and removed from his public post, Xinhua reported Friday. Sun betrayed Party principles, lost his political stance and abused his power to seek profits for relatives and others, Xinhua said.

The decision was approved by the Political Bureau of the CPC Central Committee on Friday and his case will be transferred to relevant judicial organs.

“Since the 18th Party congress, I have felt the central government’s determination to fight corruption and experienced the change of atmosphere. I am very proud of what the government has achieved,” a visitor surnamed Chen told the Global Times on Friday.