“Three years ago, I borrowed 180,000 yuan from my relatives to transform my house into a B&B. I never expected that I would be able to pay off my debt in three years,” said Nong Haizhong, a resident in Nonggang village in south China’s Guangxi Zhuang autonomous region. 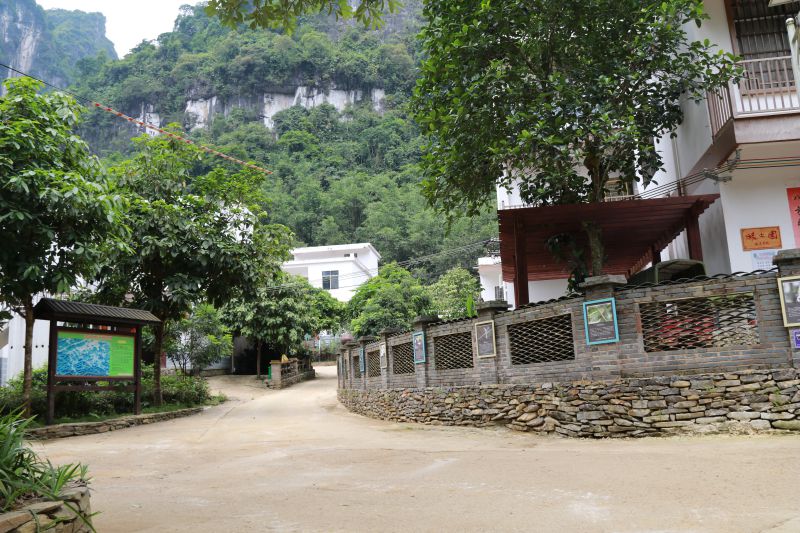 The five-member family in Zhubo township, Longzhou county of Congzuo city, used to cultivate 0.4 hectares of sugarcane and was registered as a poor household in 2015, with a per capita income of 2,400 yuan.

The village is blessed with a sound ecological environment and a diverse variety of birds is located in the periphery of the Nonggang National Natural Reserve. From 2016, Nong Haizhong began working as a bird-watching guide for research teams and tourists who came to the village to observe and photograph birds, and his income has since continued to increase.

In September 2017, he built a B&B with five rooms, which increased his income to over 10,000 yuan. By the end of that year, his family had shaken off poverty.

“My family’s income has increased year by year in recent years,” he said, expressing satisfaction with his current living conditions.

Nong Weihong is another guide, who also runs the first B&B in the village. He has been working as a forest ranger at the nature reserve for 20 years.

The village has a population of nearly 3,000 people, who previously all made a living by planting sugarcane.

In 2008, ornithologists discovered the presence of Nonggang babblers, a recently described species of bird in the family Timaliidae, in the natural reserve, which attracted a great deal of attention. Nong Weihong worked as the guide for these ornithologists. In the years that followed, research teams would ask him to guide them to watch the babblers. “I can earn hundreds of yuan a day,” he said, adding that the part-time job has changed his life.

Now, more and more tourists are flocking to the village thanks to its growing popularity resulting from bird watching.

To better organize the bird-watching activities, Liuzhou Bird Watching Society in the autonomous region granted an interest-free loan of 100,000 yuan to Nong Weihong so that he could expand his B&B and improve its conditions in 2014.

He said the income from the four rooms on the second floor of his B&B and from his job as a bird-watching guide came to over 50,000 yuan that year.

“Being a bird-watching guide as a new way to increase our income has inspired us,” said Hou Yong, Party secretary of the township, explaining that the county and township have pushed Nonggang to develop ecotourism and find a balance between ecological protection and economic development.

The village has now built a bird-watching base, and with over 7 million yuan in financial support from the county, Nonggang has built infrastructure such as roads, parking lots, water and power supply, and communication facilities, and ensured a neat and tidy living environment.

According to Hou, the poverty headcount ratio in Nonggang stood at 26 percent at the end of 2015. Last year, the figure dropped to 0.4 percent.

So far, the village has opened 15 B&Bs, and there are now nearly 30 bird-watching guides. Last year, the bird-watching base received more than 16,000 visitors. On average, the income of 166 households in the village increased by about 15,000 yuan by providing shuttle services, catering and accommodation.