Statistics show that China’s e-sports market value surpassed 100 billion yuan (about $14.9 billion) last year, and the number of the country’s e-sports gamers is expected to exceed 400 million in 2020. 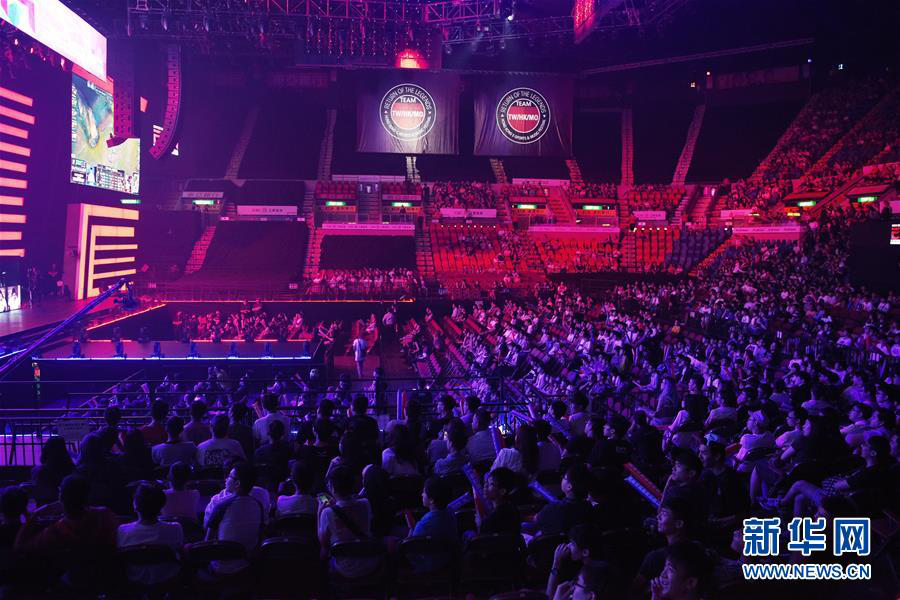 Brands have been looking to e-sports competitions to reach young Chinese consumers, the mainstream group of e-sports gamers.

Over 3 million fans registered for the event in the hope of being one of more than 6,300 spectators selected to attend the event live.

The Championship 2020 is different from those of previous years due to the COVID-19 epidemic, with more people staying home because of the outbreak. With traditional sporting events sidelined, the number of e-sports players has seen a dramatic increase. According to an industrial report on this year’s e-sports development, China saw about 26 million new e-sports gamers during the epidemic period.

The country’s e-sports industry has embarked on a fast track of development in recent years. Chinese teams won the League of Legends World Championship in 2018 and 2019.

China attaches great importance to the development of e-sports, as it sees the sector as the future of the sports industry, and has introduced many supporting policies, said Nicolo Laurent, CEO of Riot Games.

Local governments have seized the opportunities given to them to develop the e-sports industry. Last year, Shanghai announced measures to support the industry and build itself into “the international capital of e-sports”.

According to statistics, in 2019, the city provided support to 24 e-sports programs, and held more than 1,500 e-sports competitions, accounting for nearly half of the total in China. Shanghai was also home to over 250 e-sports enterprises and clubs last year, accounting for over 80 percent of the country’s total.

Beijing has also been implementing policies to turn the city into the “capital of online games”. Meanwhile, South China’s Hainan province issued preferential policies to boost the development of the e-sports industry in 2019, such as tax cuts and a visa-free regime.

Data shows that China will surpass North America to become the world’s top e-sports market in terms of revenue, accounting for 35 percent of the total global revenue in 2020.

Riot Games announced that the 2021 League of Legends World Championship will still be held in China.