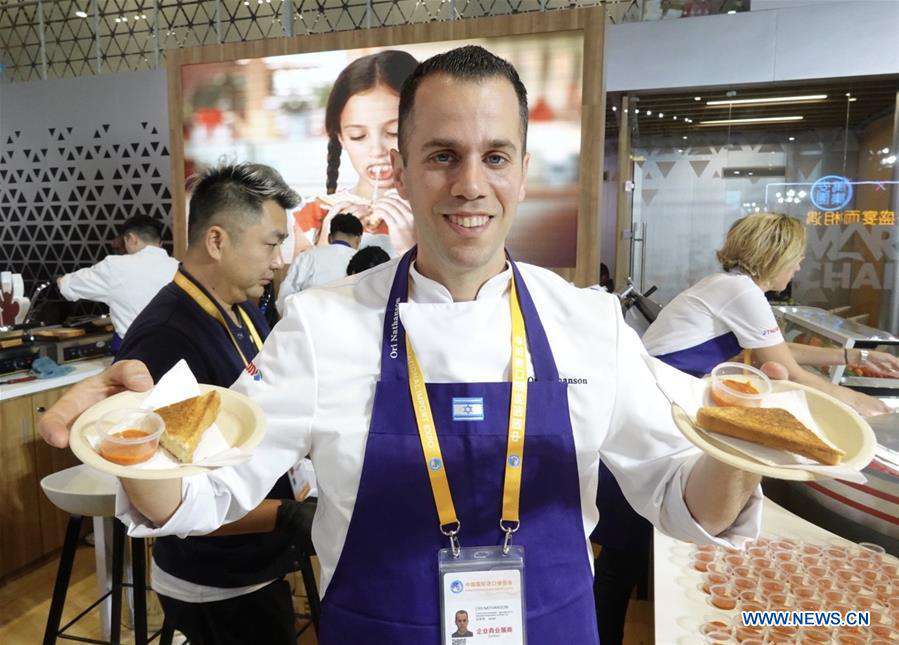 A staff member shows Panini at the booth of TNUVA from Israel at Food and Agricultural Products exhibition area during the second China International Import Expo (CIIE) in Shanghai, Nov. 9, 2019. (Xinhua/Cai Yang)

Metro AG, a German wholesaler, has introduced into supermarkets some of its exhibits for the third CIIE, such as Spanish ham and pumpkin from New Zealand, in an attempt to facilitate the supply chain and logistics and prepare for the exhibition.

“Metro is optimistic about the Chinese market and will continue to expand its business in China,” said Claude Sarrailh, CEO of Metro China, adding that the company has brought nearly 500 imported products from more than 30 countries and regions at the 2020 Shanghai Imported Goods Festival launched on Tuesday.

With the help of live broadcasts, Per Linden, board director of the Swedish Chamber of Commerce in China, recently helped sell Swedish sunflower honey that was supposed to be launched at this year’s CIIE.

In fact, foreigners like Per Linden have introduced nearly 1,000 products slated for this year’s CIIE in advance though live broadcasts at the Greenland Global Commodity Trading Hub, a permanent exhibition and trade platform in Shanghai.

The hub has recently rolled out an online platform with 3D animation technology, which not only allows consumers to buy imported goods online, but also enables them to learn about the local environment, customs and practices, said Zhang Yuliang, chairman and president at Greenland Holdings Group Co. Ltd.

Zhang pointed out that nearly 10,000 exotic products and over 30 virtual country pavilions are expected to enter the platform before the third CIIE.