The opening ceremony of the 3rd China International Import Expo (CIIE) and the Hongqiao International Economic and Trade Forum will kick off on Nov. 4 in Shanghai. Chinese President Xi Jinping will deliver a keynote speech via video.

It will be the third time for the Chinese President to deliver a keynote speech on this major occasion of international opening-up and cooperation. As the COVID-19 pandemic has plunged global economy into a depression, Xi’s speech is very much anticipated by the world. The spreading pandemic, rising unilateralism and protectionism, and the headwinds against economic globalization are all testing the resilience of the world economy. Global growth is projected at minus 4.4 percent by International Monetary Fund (IMF), and the latest report by the United Nations Conference on Trade and Development said global foreign direct investment fell by 49 percent in the first half of this year. The World Trade Organization (WTO) also predicted that global trade might shrink 13 percent to 32 percent in 2020. The interior of a bus in Shanghai is decorated with CIIE mascot vinyl wraps, Oct. 26. Three of such buses are now operational in the city. Photo by Wang Gang/People’s Daily Online

Facing these challenges, only firm determination can lead to a way out. Countries must do everything to contain the COVID-19 pandemic, steadfastly enhance opening-up and cooperation, and build an open world economy to turn the crisis into opportunities. As a grand global trade fair, the 3rd CIIE carries a mission to stabilize global industrial and supply chains and assist world economic recovery. It is in line with the common interests of the world.

The 3rd CIIE is the world’s first import-themed exhibition at national level. It has gradually cultivated a virtuous ecology where exhibits are commodities; exhibitors are investors; and purchasers are traders. With larger exhibition areas, optimized layouts, and higher-quality exhibits, the 3rd CIIE will surpass its predecessors.

Under the current circumstances, as the first major economy to resume production, achieve economic growth and recover foreign trade, China is injecting valuable forces to and creating precious opportunities for global economic recovery.

Many exhibitors noted they have felt the openness and inclusiveness of the Chinese market, saying the CIIE is both a global event and an important window for enterprises to participate in and share the opportunities created by China’s steady growth. 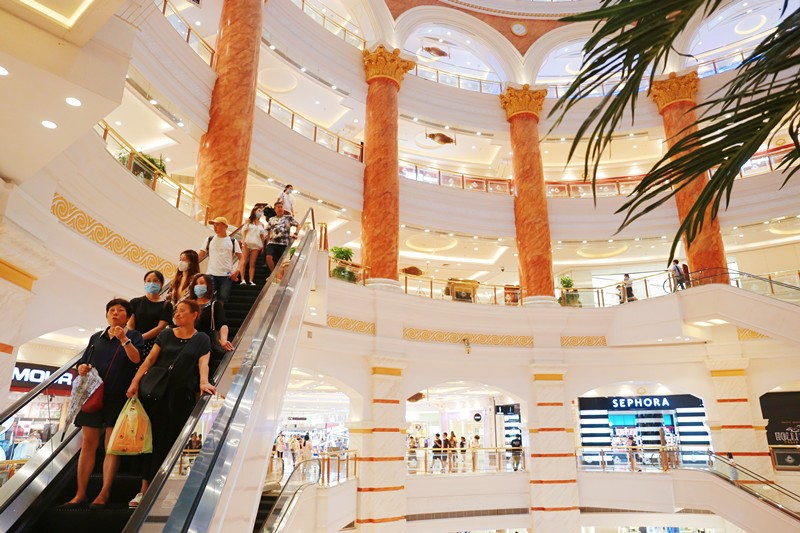 China has a broad mind to embrace guests from around the world and create interests for all mankind. The world is able to see clearly the country’s resolution to expand opening-up, its confidence to promote high-quality economic development, and its firm steps to advance.

Xi once remarked that China will expand, deepen and widen its open economy, stressing raising the level of opening-up in an all-round way, building higher-level new institutions of the open economy, and forming new advantages in international cooperation and competition. The president also called for efforts to promote deeper-level reform and pursue higher-level opening-up to provide strong impetus for establishing a new development pattern. What Xi said demonstrated the strong power of decision-making of the country, heralding that China is able to seek opportunities in crises and start anew in changes.

The fifth plenary session of the 19th Communist Party of China (CPC) Central Committee raised a set of long-range objectives for China to achieve socialist modernization by 2035 and adopted the proposals for the formulation of the 14th Five-Year Plan (2021-2025). After establishing a moderately prosperous society in all respects and achieving its first centenary goal, China will embark on a journey to fully build a modern socialist China, comprehensively improve its opening-up, and start new prospects for its opening-up. China, entering the new development phase and accelerating the establishment of a “dual circulation” development pattern in which domestic economic cycle plays a leading role while international economic cycle remains its extension and supplement, will offer larger development space and opportunities.

The 3rd CIIE will be a window for the world to discover the Chinese people’s courage and efforts to reform and open up from Shanghai’s remarkable opening-up achievements in the past 30 years. As another signature of opening-up of Shanghai, the CIIE is demonstrating to the world the Chinese promise that “China will not close its door to the world, and it will only become more and more open.”

China never ceases its steps of reform and opening-up, and will join hands with the rest of the world for common development and win-win cooperation, so as to usher in a new chapter of sharing opportunities and creating common prosperity.