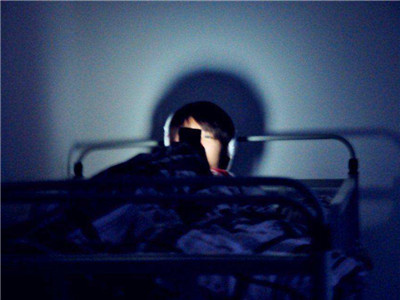 Chinese nationals spend an average of three hours a day on their smartphones, rankingsecond in the world after Brazilians who spend two additional hours on their phones,according to a survey by a German internet company.

In just a few years, smart phones have transformed from a communication tool into a dailynecessity, allowing people to order food, hail a cab, shop online, manage wealth, andsocialize at their fingertips.

But with such convenience comes overuse and addiction. People always feel uncomfortablewhenever they are not with their smartphones.

The survey found that Brazilians spend the most time on their smartphones, about fivehours a day, followed by Chinese, who spend three hours on their phones. People in theUnited States, Italy, Spain, South Korea, Canada, and the United Kingdom spend morethan two hours a day on their mobile devices.

According to UK mobile technology consultant Tomi Ahonen, people look at their phonesabout every 6.5 minutes. This means they check their phones 150 times a day over a 16hour period.

Children are also likely to follow their parents’ habit. A survey of 1,000 children rangingfrom ages 0-5 showed that 80.4% of children use smartphones, and more than half of theirparents believe that mobile phones put their children at ease.

Fear of missing out contributed to the high amount of phone checking, said Zhu Yanshao, aresearcher with the Division of Social and Engineering Psychology at the Institute ofPsychology under the Chinese Academy of Sciences. They hope to finish their personalaffairs in the shortest possible time, and it becomes a habit, Zhu added.

The lack of leisure activities is the main reason for Chinese people’s smartphone addiction.Offline activities in China, such as sports, travel, art shows, and reading are not as popularas they are in other countries and regions; on the contrary, China has 668 million netizens,eight-nine percent of whom browse the internet with their phones. The internet is howthey mostly kill the time.

Though smartphones bring entertainment and conveniences, they can have negativeeffects on health. Staring at a screen for a long period of time can cause eye or spinedamage. Smartphones are also associated with lower quality of sleep, and high bloodpressure and an elevated heart rate are also unfavorable results.