A Chinese sticker pack for social media app WeChat was recently exhibited on a 3-day promotion in Tokyo, as a showcase of China’s “new culture”, Chinanews.com reported.

Created in 2015 by Chinese cultural company Block 12, the sticker pack has been used over 10 million times by Chinese netizens. Because of its cute and positive design and the sticker pack centered on cartoon figure Tuanzi, it has become extremely popular among Chinese internet users.

Tokyo was the first stop during the company’s global promotion of the sticker pack.

The promotion was held by Japanese company Miniature Factory, a partner of Block 12 in Japan. The two signed an agreement in 2017 to promote products for each other in their respective countries. 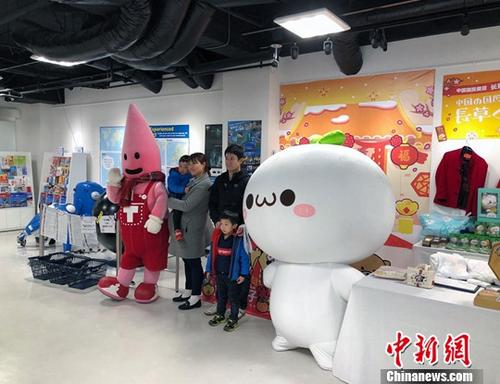 “Tuanzi conveys positive energy, and it has been a great friend of mine in my life and work,” said Zhang Yuchen, a journalist from China Central Television who participated in the promotion of Tuanzi in Tokyo.

“I’m so proud that the figure designed by a Chinese company could have its overseas exhibition,” she added.

According to Takuro Tsunekawa, chairman of the board at the Miniature Factory, more consumers and merchants will be interested in the sticker pack as the promotion continues. “I believe that Tuanzi will be a new icon for Japanese to recognize China and its young generation,” he said.

“We hope to expand our international business and improve the influence of Tuanzi,” said Li Chao, chief of Block 12’s international division.