Several provinces in China have recently reported their achievements in poverty alleviation in 2019 and their new goals for 2020 as the country aims to eliminate poverty this year. 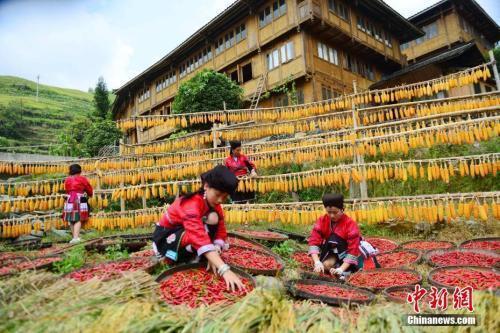 On Dec. 23, 2019, the Tibet Autonomous Region in southwest China announced that the remaining 19 poverty-stricken counties and districts in the region had been lifted out of poverty.

By the end of 2019, 15 provincial-level poverty-stricken counties and 1,791 poor villages had all shaken off poverty, with the incidence of poverty dropping to 0.06 percent from the originally registered 5.4 percent, according to the Liaoning province in northeast China.

The government of the Xinjiang Uygur Autonomous Region aims to lift the remaining 165,000 poor people and 560 poverty-stricken villages out of poverty and eliminate absolute poverty in 2020.

Jiangsu province caused a sensation when it announced that only 17 people from 6 households were living below the poverty line by Dec. 31, 2019. The data may change every day, but won’t fluctuate too much, according to the province’s poverty alleviation office.

By developing industries in deprived areas, relocating the poor and helping them gain employment, China attempts to guarantee people food and clothing and make sure that children from low-income families are guaranteed nine years of compulsory education, that the basic medical needs of poor residents are insured and the basic living conditions of the poor guaranteed.