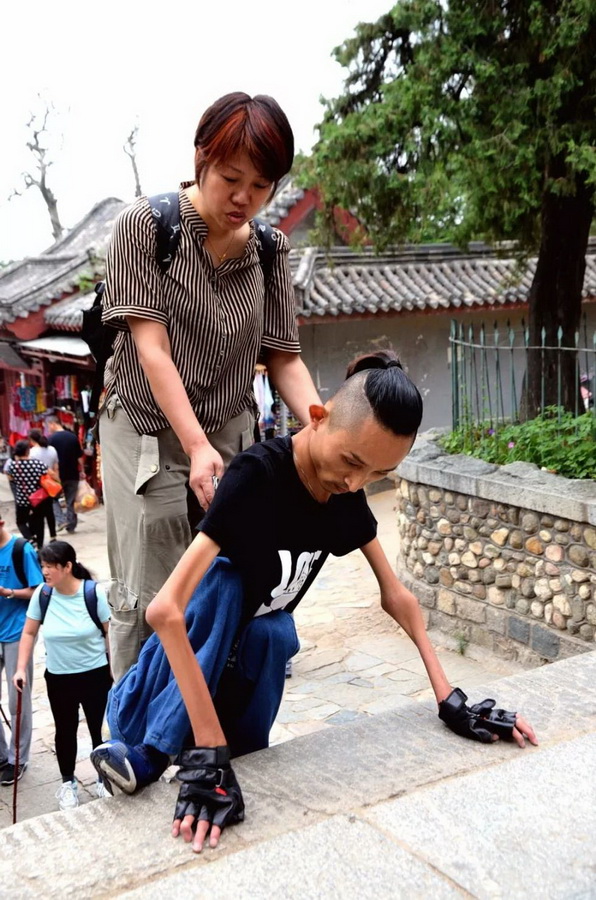 A young Chinese man with Amyotrophic lateral sclerosis (ALS) recently realized his dream of ascending the summit of Mount Tai, one of the Five Great Mountains of China, located in the eastern province of Shandong.

On June 17, 2018, Zhang Wei, who weighs only 25 kilograms, finally reached the top of the great mountain with the help of a volunteer after over 10 hours of climbing.

During the climb, he had to make much more effort than the average man, using his fleshless arms to prop up his body. Though sweat dripped into his eyes and the coarse surface ground into his palms, the tough man didn’t stop climbing.

“I just want to do something meaningful while I’m alive, so that there’s no regret for me when I lose my capabilities,” Zhang said. 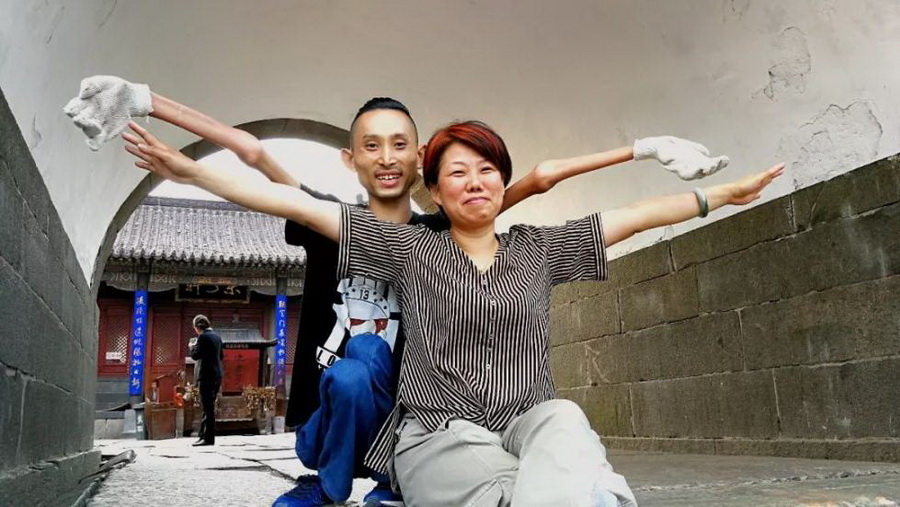 Learning this young man’s story, many netizens were touched by his spirit. One user commented that there’s no mountain taller than man, and no road longer than legs.

Zhang is only one of many who suffer from ALS. ALS patients have functional brains but will gradually lose their ability to move. As the disease progresses, they are barely able to move their eyeballs.

Though they have physical defects, ALS patients are still living their lives to the fullest. A Peking University doctor, who died at 29 because of ALS, always kept a smile on her face and even decided to donate her organs. “The value of a life should not be measured by its length, but by its quality,” she said.

A woman named Yuan Min from the southwestern Chinese city of Chengdu kept practicing archery after being diagnosed with ALS. “I can’t walk with my feet but I can still bend the bow with my hands,” she said. Even though she has now lost all muscle function, she still watches her friends shoot arrows. She says she can feel the fulfilment when they hit the target.