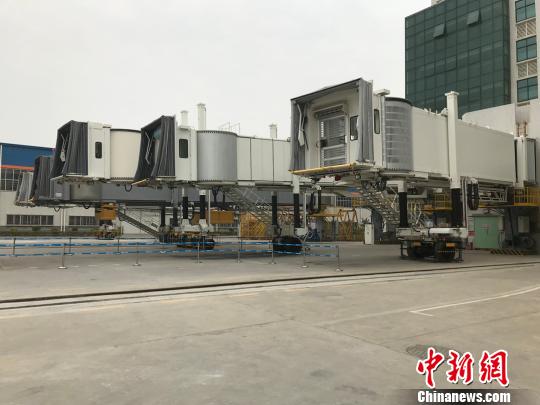 A Chinese enterprise has launched the world’s first unmanned intelligent boarding bridge, which has recently passed tests and is expected to be put into use at Amsterdam Airport by the end of 2019, China News reported on Dec. 26.

In addition, with an intelligent data management system, the unmanned boarding bridge is able to analyze abnormal data, enabling operators to control the overall situation. A deputy general manager at CIMC surnamed Liang said that the unmanned boarding bridge is capable of predicting equipment malfunction, making it superior to its foreign peers because it helps airports prepare in advance for facility maintenance and promotes its efficient system of operations management.

In October, 2017, CIMC received its first order for its unmanned intelligent boarding bridge from Amsterdam Airport in the Netherlands. And nowadays, it arouses the interest of other airports around the globe after successfully passing all tests.

A CIMC director also pointed out that technological innovation and development will bring a more promising market for China’s flourishing aviation industry.