An artisan living with a disability who makes clay figurines on the street in southwest China’s Sichuan Province has recently awed netizens across the country, as reported on the WeChat account of China Media Group.

After shaping clay into a ball with his elbows, the artisan, who is surnamed Mi, flattens part of the ball with the help of a plastic sheet, holds the ball between his arms to put it on a stick, and then makes and adds smaller parts and decorations to the ball.

Mi has been making these clay figurines for 15 years. It now takes him only several minutes to make an adorable cartoon figurine.

In 2003, Mi lost his hands in an accident. Unwilling to bow to fate, he gradually learned to eat and get dressed on his own in the year that followed the unexpected accident.

Since he was already married then, he figured that he must find a way to make a living by himself and be independent of the help of others, as he “has a family to take care of.”

After seeing an artisan making dough figurines on the street, Mi was immediately attracted to the craft and decided to learn it himself.

“The artisan said he couldn’t teach me when he saw that I had no fingers. I insisted and finally wore him down,” Mi said.

The learning process was challenging and daunting. In the beginning he could only make two roses in an afternoon. And his arms were often sore after all of the practice. However, because of his enthusiasm for the craft and his eagerness to earn a living, he never thought about giving up.

Over the past 15 years, Mi has developed a set of methods suitable for him and significantly improved his skills and efficiency. He has also started to use clay as the raw material for his figurines.

“A simple clay figurine takes about seven minutes now, and I can make about 30 figurines a day,” Mi said.

Today, Mi is not only able to make a living by making clay figurines as he had hoped, but taking great pleasure in what he does. 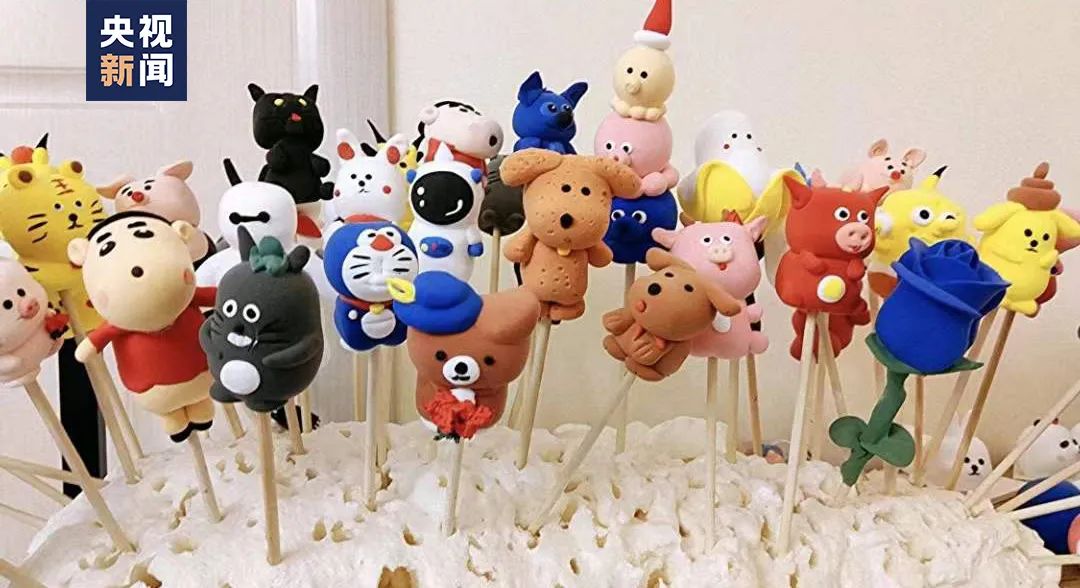 Whenever he sits on the ground to make clay figurines, he is quickly surrounded by curious people.

He doesn’t set prices for his figurines. Instead of asking people to pay a certain amount of money for the products, he allows them to pay as they like. In this way, each figurine is sold at about 20 yuan (about $2.9) on average, which is much cheaper compared to similar products sold elsewhere.

Mi has three children, all of whom are at school. “My children are all very sensible. They often rub my back to help relieve my muscle soreness when I’m busy with work,” Mi said with gratification.

It’s not easy for him to raise three children, but he is full of hope for a better future, as he knows his hard work will pay off.