No. 1 Chinese troops serve for peace

China has deployed a total of 37,000 peacekeepers since it joined UN peacekeeping operations, and 13 have sacrificed their lives on the frontline.

China, for its service and sacrifice, was praised as a “crucial factor and key force of peacekeeping operations” by the international community. The UN has released a video to extend its gratitude to these Chinese peacekeepers. A team of Chinese scientists led by Yuan Longping, renowned as the “father of hybrid rice,” produced and harvested rice in the Dubai desert, with a top yield of 500 kilograms per mu (666 square meters). This comes as a world first in successfully planting rice in a tropical desert, with China contributing to the environmental improvement of desert regions. No. 4 Chinese academician wins 2018 L’Oréal-UNESCO for Women in Science award On March 27, 2018, 82-year-old academician Zhang Miman won the 2018 L’Oréal-UNESCO for Women in Science award for her pioneering work on fossils, her insights showing how aquatic vertebrates adapted to living on land. Pilot Li Jikuan of fighter jet J10-B, who previously completed test flights for 13 different aircraft and solved over 10 air emergency cases, performed a series of stunts at the 2018 Zhuhai Airshow.

He also received an award at the 13th Aerospace Laureate Award, the most authoritative and influential prize in China’s aviation and aerospace industry, for his courage and skills.

No. 6 Pilot lands plane with a shattered windscreen Captain Liu Chuanjian and his crew were hailed as heroes for the safe emergency landing of Sichuan Airlines flight 3U8633 on May 14, 2018. 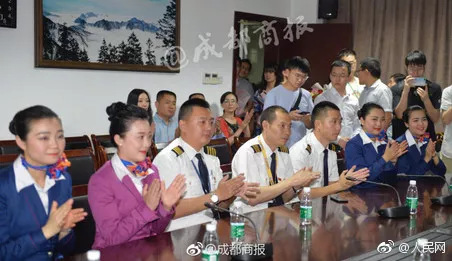 Liu managed to land even when the windshield panels blew out, and his co-pilot was almost sucked out. A 30-year-old Chinese man named Zhang Haofeng, who was on holiday in Phuket, Thailand with his fiancée, saved four people, risking his own life, in a shipwreck on July 5.

Fortunately, he was saved by local fishermen after floating in the sea for 12 hours. An 8-year-old boy in Changzhou, Jiangsu province, was given a 5-hour chest compression by over 30 medical members of staff from Changzhou Children’s Hospital after he suffered a cardiac arrest. The enormous efforts made by these medics won valuable time for the boy, as he waiting for an extracorporeal membrane oxygenation team to arrive from Shanghai. The boy survived and went on to make a full recovery. 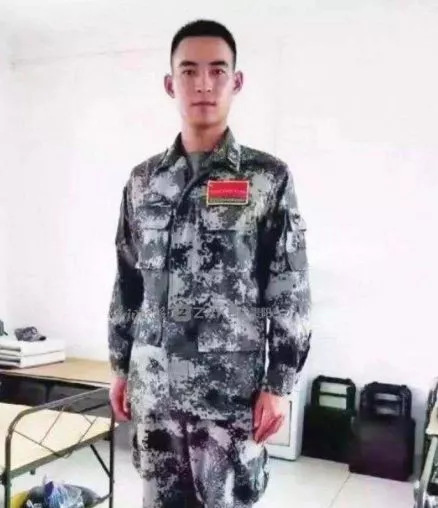 On Oct. 11, 2018, soldier Du Fuguo lost his hands and eyes during a demining task carried out at the China-Vietnam border after he used his body to cover his comrades.

Now, he is learning how to host, as becoming an announcer has always been his dream. The soldier said that he could still tell demining stories even though he had lost his eyes and hands.

No. 10 Teacher sacrifices herself to save students On June 11, Li Fang, a primary school teacher from Xinyang, Henan province was sending her students home after class. When a motorcycle lost control and hurtled towards her students, Li used her own body to protect the children. Her heroism was the last lesson she left with her students.