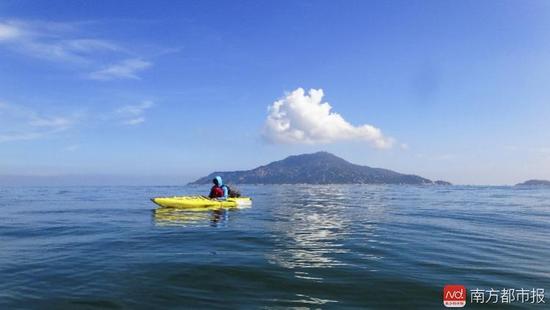 A man from Zhuhai, Guangdong province will kick off his journey around the coastline of China on May 15, traveling without any escort in a man-powered kayak.

The adventurer, Li Huacan, currently lives in Shanghai. He was chosen as one of the world’s top 10 explorers by National Geographic in November 2016 after finishing the first source-to-sea solo expedition down the Yellow River. Li has logged 7,000 kilometers of solo ocean travel in the last decade, along with 15,000 kilometers of solo river travel. Now Li is poised to hit the water once again.

China has the world’s fourth longest coastline, totaling 18,000 kilometers along eight coastal provinces. Li will start his journey from Fangchenggang, Guangxi Zhuang Autonomous Region in the southwest, and he will finish in Dandong, Liaoning province in the northeast. The estimated range of the journey is between 6,000 and 7,000 kilometers. 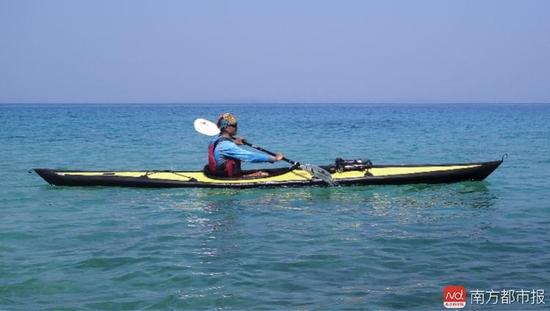 Li owns a customized kayak made of Kevlar fiber, measuring 56 centimeters in width and 540 centimeters in length. Besides the vessel’s reinforced body, a solar charging panel is also installed on the kayak. The balance of the boat will be totally controlled by Li himself. A cross-bar is present in case of capsizing.

Climate and ocean currents are the main reasons the explorer set his date of departure for May 15, but that date also happens to be International Day of Families. This is especially appropriate given that Li’s wife will join him for land travel during his journey.

Compared with his solo expedition down the Yellow River, which brought social awareness to the cause of environmental protection, Li’s next trip will simply be a family expedition. He hopes to show the world that love means sticking together, no matter what one’s journey brings.