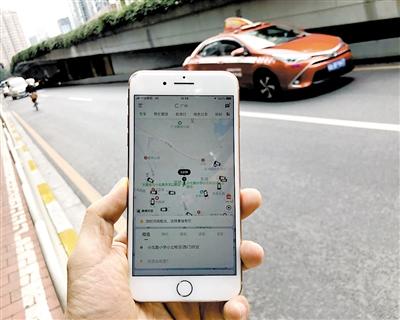 Not long after the conclusion of this year’s Chinese New Year, ride-sharing has once again come under the spotlight. However, this time it is not because of the industry’s prospering future, but due to public concerns over its development.

China’s ride-sharing giant Didi Chuxing lost a staggering 10.9 billion yuan in 2018, and it has been reported that the company plans to lay off about 2,000 people. At the time of press, the company has not yet issued a response.

Didi Chuxing’s rivals, CaoCao and Hello-Chuxing, are now trying rid the tag of “car-hailing enterprise” and are both gearing up for another round of industry competition.

Subsidies are a must to expand market share in the ride-sharing industry. At the end of last year, Didi Chuxing’s market value stood at nearly $80 billion, accounting for over 60 percent of the Chinese market. It was this massive input in subsidies that won the company its advantage.

However, the large subsidies offered by Didi Chuxing has also created huge pressure for the company. Last year, Didi spent a total of 11.3 billion yuan on driver subsidies. Insiders pointed out that the company could have gained an extra 400 million yuan were it not for these subsidies.

As a latecomer, CaoCao currently offers bonuses for its drivers, which can also be considered a type of subsidy. According to drivers with the company, their average monthly income stands at between 8,000 and 12,000 yuan, with bonuses accounting for 15 to 30 percent of that figure.

However, unlike Didi Chuxing, CaoCao and Hello-Chuxing are both supported by traditional carmakers, therefore, enjoy natural advantages in vehicle maintenance and operating capital.

Additionally, the cars these companies run are electric vehicles, which means they receive new-energy vehicle subsidies directly from the government. For example, each of the electric vehicles with a range of between 200 and 250 kilometers could receive a total of 36,000 yuan from national and local government.

Cui Dongshu, general secretary of the China Passenger Car Association, noted that a new round of reform leading to mixed ownership and M&A has started within the auto industry, and the market will play a vital role.