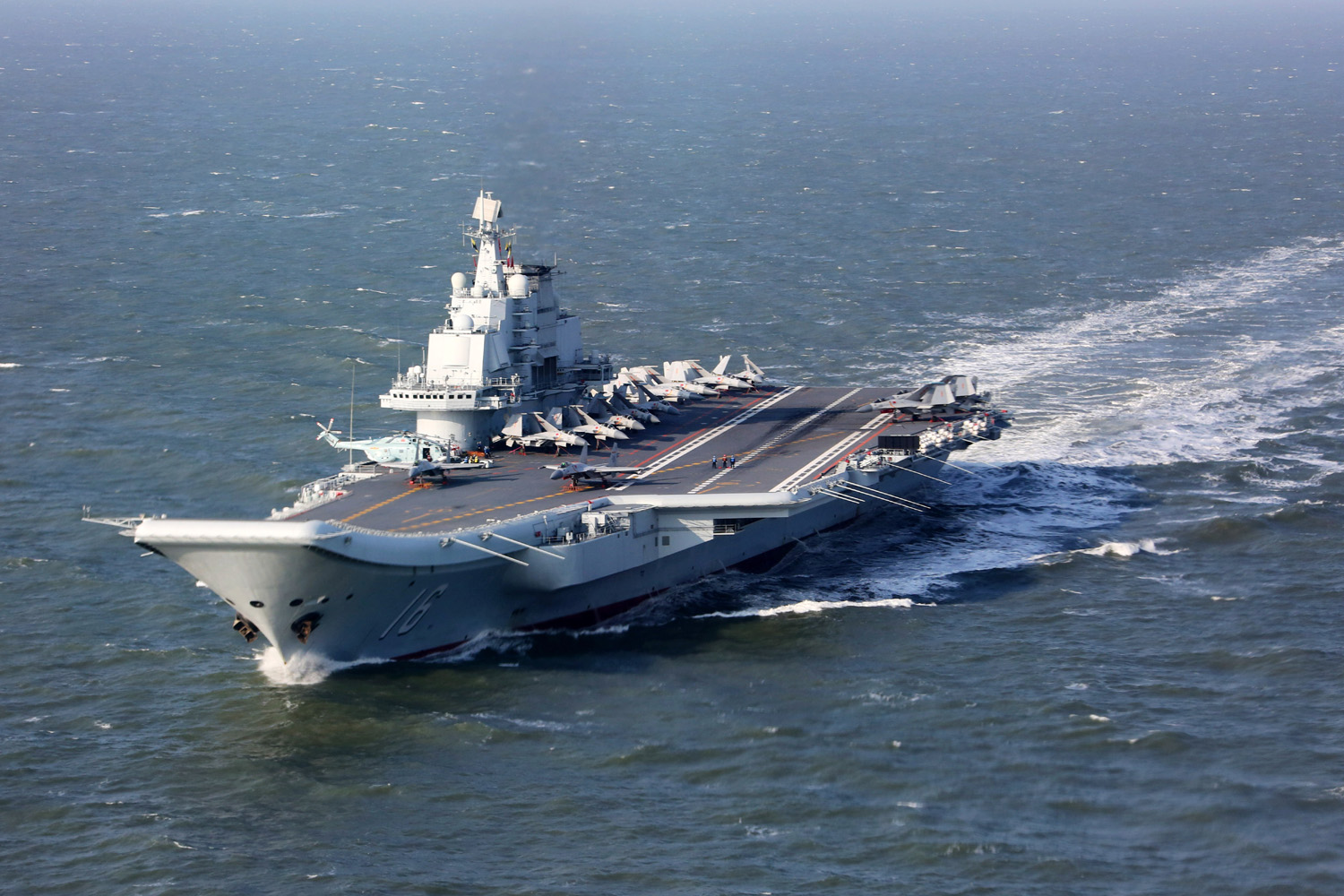 China’s first aircraft carrier, the Liaoning, as part of a fleet of Chinese warships, set off for an open-sea training exercise recently. American and Japanese analysts believe that the Liaoning and its fleet will go beyond the first island chain and head to the Western Pacific. Some believe it will go to the South China Sea. The drill indicates that the combat capability of China’s aircraft carrier has enhanced and its areas of operation have expanded.

The fleet, including the Liaoning, will grow to have the leading combat capability among Western Pacific countries. But it lags behind the US main aircraft carrier fleet in terms of fighting capacity and experience. The Liaoning and its fleet represent a necessary step as Chinese navy advances.

China’s defense ministry said the Liaoning is used for “scientific research, experiment and training.” The Chinese-made aircraft carriers are under construction, and in a few years, China will have more aircraft carriers that bear more combat capabilities. This will not be far off.

The role of the Liaoning should not be confined to military technological experiments. It should also test the geopolitical role Chinese aircraft carriers play and the response of major world powers to China’s buildup of its navy.

Aircraft carriers are strategic tools which should be used to show China’s strength to the world and shape the outside world’s attitude toward China. It is not built for war only. Chinese aircraft carriers must set off on a long journey. China’s core interests are mainly offshore, but the range of aircraft carriers must go beyond offshore areas. The rivalry must be extended to wider areas so as to ease China’s offshore pressure.

As China’s only aircraft carrier fleet now, it should have the ability and courage to sail further. It should not only pass the first island chain, but also sail past the second island chain and go to the waters where Chinese cruise fleets have never been.

The Chinese fleet will cruise to the Eastern Pacific sooner or later. When China’s aircraft carrier fleet appears in offshore areas of the US one day, it will trigger intense thinking about maritime rules.

The distant sailing of the Chinese aircraft carrier fleet is not aimed at provoking the US nor at reshaping maritime strategic structure. But if the fleet is able to enter areas where the US has core interests, the situation when the US unilaterally imposes pressure on China will change.

China should speed up launching its new aircraft carriers so as to activate their combat.

Chinese people love peace, but the Chinese military must be resolute. China will not be easily irritated, but once it is, it will take firm countermeasures. The Liaoning and its fleet is expected to experience the cruel geopolitical competition and become a standard bearer of the Chinese navy.