China’s bomber H-6K is designed to fly beyond the island chains, said He Shengqiang, leader of the aircraft’s research and development team from the Aviation Industry Corporation of China. 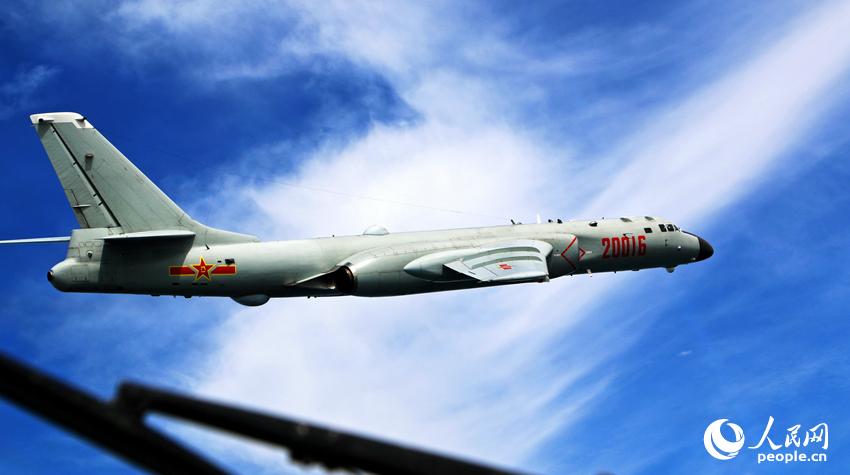 He said that the mileage, payload capacity and reliability of the H-6K have all met expectations. But the designers will continue to optimize and improve the aircraft in order to give it more potential, he added.

He made these remarks during a recent interview with Xinhua News Agency in Xi’an, west China’s Shaanxi province.

According to He, the aircraft H6-K, which is an upgraded version of H-6, has been improved for longer range, payload capacity, and precision. Thanks to the inlet/engine matching, the power of the aircraft has been largely improved. In addition, the designers optimized the layout of its cabin, reducing the number of crew members and setting clearer roles for them.

Besides, the improved capability of information detection and confrontation capabilities is comparable to that of the third and fourth generation aircrafts.

He said that bombers are vital for aviation power and that they are important weapons that are a must-have for world-class armies and air forces.

China will not only be a designer of advanced bombers, it will also be a maker of technical standards and a leader of future combat patterns, he added.