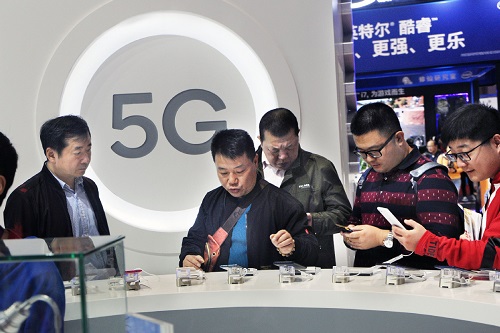 According to experts, China’s digital economy is moving into a period of high-quality development as it expands in size, thanks to the rapid growth of innovation in investment, as well as the accelerated construction of new information infrastructures such as 5G technology and industrial internet.

China’s digital economy has grown into a major arena of high-quality development. According to the China Academy of Information and Communications Technology (CAICT), the value of China’s digital economy surged from less than 150 billion yuan ($22.3 billion) in 2002 to 31 trillion yuan in 2018, growing 208 times in 16 years. The compound annual growth of 38 percent is far higher than the GDP growth.

This year, multiple regions of China have issued plans and guidance on digital economy development. Sun Ke, director of the CAICT Digital Economy Research Institute, noted that digital economy development in China features rapid growth, strong impetus, large scale and optimized structure, adding that the next few years would be a critical period for the digital sector.

CAICT statistics indicated that China spent 1.2 trillion yuan on the research and development of the digital economy in 2017, twice the amount of that in 2011.

According to China’s Ministry of Industry and Information Technology, information infrastructure construction is a major focus this year. Previously, the National Development and Reform Commission also said that the department would enhance the development of artificial intelligence, industrial internet, and the Internet of things in 2019.

China currently has 1.31 billion broadband users, and 98.6 percent of its citizens are mobile internet users. It has laid a solid foundation for the future progress of China’s digital economy.

In such a competitive environment, the expansion of mobile internet and broader penetration of internet would gradually create new bonuses for regional digital economy development, said An Hui, deputy chief engineer of the China Center for Information Industry Development.