China has made substantial progress in medical care from 2016 to 2020, the period covered by the 13th Five-Year Plan. By the end of 2019, the country had over one million medical institutions. The number of licensed practitioners and assistant practitioners topped 3.86 million, up by 33.7 percent compared to 2014. 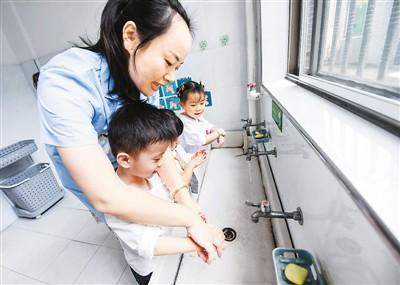 To better meet the needs of the people, the country has made remarkable improvements in its medical technologies and quality, and made continuous efforts to build a high-quality and effective medical service system since 2016, laying a solid foundation for the implementation of the Healthy China initiative.

Guo Yanhong, an official of the National Health Commission, explained that the most notable achievement in the past four years has been the increase in medical resources. As the number of medical institutions grows, more patients have been able to seek medical services. In 2019 alone, there were 8.7 billion visits to medical institutions across the country, up by 14.7 percent in 2014.

Guo added that fields that have had weak numbers such as paediatrics and obstetrics have been strengthened. Last year, there were 2.2 hospital beds per 1,000 children, an increase of 0.17 on the figure in 2015.

In terms of human resources, compared to the growth in number of licensed practitioners and assistant practitioners, the scale of registered nurses has expanded more rapidly. The figure now totals 4.45 million, an increase of nearly 50 percent from that of 2014, according to Guo.

Moreover, the country has improved the efficiency, quality and safety of its medical services, and used drugs more rationally and scientifically, with the proportion of inpatients using antibacterial drugs dropping from 61.4 percent in 2011 to 40.4 percent in 2018, Guo revealed.