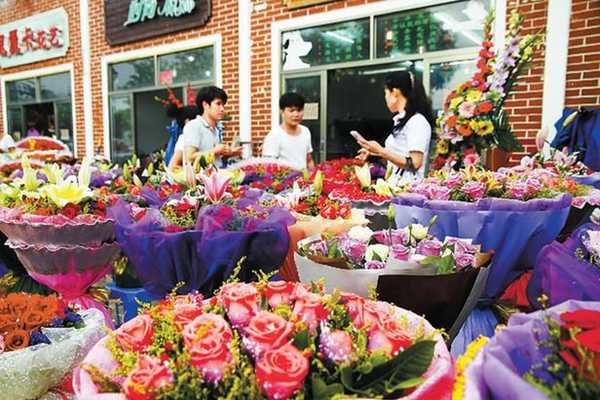 As personal income rises, Chinese people now prefer to make purchases based on actual need rather than to show off their economic power as in the past on Chinese Valentine’s Day, said Zhao Ping, director at the International Trade Research Department under China Council for the Promotion of International Trade.

Apart from must-have gifts such as preserved flowers, prepaid gift cards for crabs, or fresh flowers, many people prepared customized red packets of gold launched by Tencent Group for their lovers, which can be used to exchange for gold products.

Statistics show that on Chinese Valentine’s Day popular restaurants were booked in cities across China. And people aged 25 to 35 accounted for more than half of the total who contributed to a significant rise of hotel bookings on a year-on-year basis.