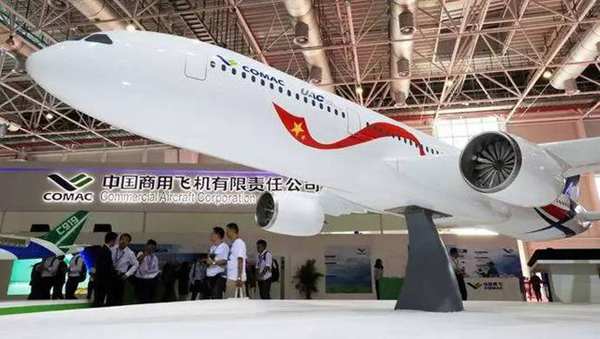 A joint project between China and Russia to build a C929 superjet is currently progressingsmoothly through research and development, according to Jin Zhuanglong, chairman of theCommercial Aircraft Corporation of China (COMAC).

The fuel-efficient plane will reportedly compete with Boeing’s 787 Dreamliner. Though notthe biggest passenger jet in terms of size, both the C929 and the Dreamliner are capable ofa wide range of use, and both are relatively economical, according to data.

China’s civilian aircraft industry is pressing ahead as planned, allowing a next-generationjet to benefit from earlier research and manufacturing know-how. The new aircraft willalso obtain an airworthiness certificate from its predecessor, industry insiders pointed out.

In June 2016, Russia’s United Aircraft Corporation (UAC) and COMAC signed amemorandum of understanding on the manufacturing of a wide-body long-range aircraft.According to the agreement, UAC will supply its most advanced avionics technology and acutting-edge composite wing. China will handle the C929 fuselage construction, withShanghai-based COMAC set to assemble the jets.

The two sides have confirmed a series of development programs for the long distancewide-body aircraft, completed the preliminary definition of level indicators for the aircraft,and defined the range (12,000 km) and number of seats (280). The project is now in itsinitial design stage, and system and equipment suppliers will be inquired.