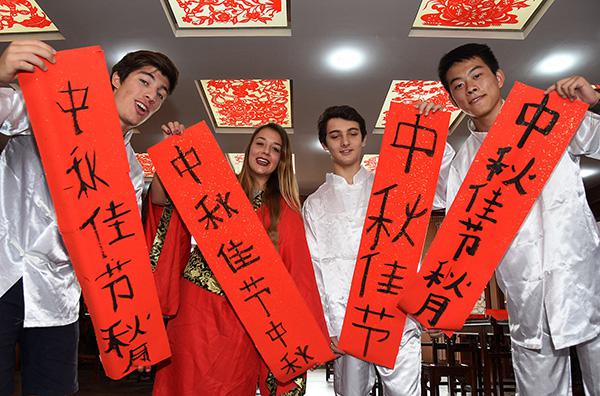 China has become Asia’s most popular destination for overseas students, said Li Hai, deputy director of the Department of International Cooperation and Exchange of China’s Ministry of Education, at a press conference on Sept. 28.

In addition, the country saw 433,000 overseas returnees in the last year, and they have become a major force that promotes China’s education, economy, and culture.

The country has also built high-level cultural exchange mechanisms with Russia, the U.S., the U.K., the European Union, France, Indonesia, South Africa, and Germany. Cultural communication is now one of the three major diplomatic pillars, together with political mutual trust and economic cooperation.

Li introduced that China established 512 Confucius Institutes in 140 countries and regions by the first half of 2017, offering courses to 2.1 million students.

Now, more than 170 countries offer Chinese courses, 67 of which have incorporated Chinese into their national education systems. The number of non-native Chinese learners has reached 100 million worldwide.