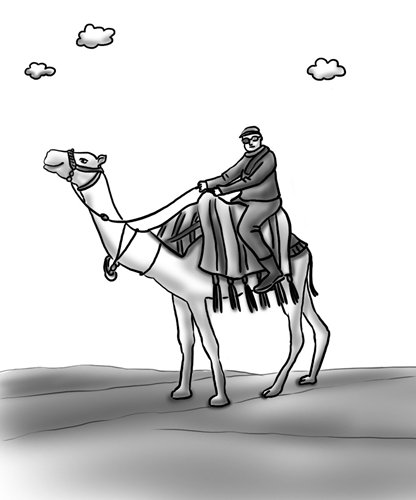 It’s been more than four years since the Belt and Road (B&R) initiative was launched, and China has invested heavily in the push for the strategic initiative. Amid the uncertain political outlooks in the US and Europe, B&R-related rail, road and port construction plans are expected to provide economic prosperity in countries and regions along the route.

The initiative is significant in geopolitical terms, but it mainly revolves around infrastructure investment as China hopes to build a common market in partnership with other countries. So far it has been moving mostly in the right direction.

Looking at the big picture, there have been no apparent gains. And when one examines the details, the large amount of capital China has pumped into various B&R projects has yet to generate the expected benefits.

Since the initiative was launched in 2013, the global political and economic climates have shifted dramatically. Since Donald Trump took office as the US president, his “America First” policy has converged with unilateralism to push anti-globalization sentiment to new heights.

The emergence of China-US trade disputes and tariff rows between the US and Europe are actually a new skirmish in the battle for global markets. Most observers expect the anti-globalization wave to persist for quite some time.

Also, there has been significant headway in dealing with the Korean peninsula nuclear issue. Leaders of the US and North Korea held a direct dialogue in Singapore without the participation of other countries and signed an historic bilateral agreement. If the Korean peninsula situation genuinely eases, it is likely that the peninsula will move toward peaceful development. This will also affect the US’ Indo-Pacific strategy and its show of strength in the region.

The situation has also changed in Southeast Asia. For one thing, the opposition party’s stunning win in Malaysia’s general election might have a big impact on China’s efforts over the years to reach out to the country. For another, in China’s southern neighbor Vietnam, there have been anti-Chinese protests.

The situation in South Asia is another source of concern. Although China and India have steadied bilateral relations, Pakistan, a pivotal part of the B&R initiative, has been grappling with an economic deterioration that may lead to a currency crisis. This situation will likely affect the implementation of the initiative.

Taken together, these developments show that there have been drastic changes to the international environment surrounding China’s B&R push. It seems that the country will face geopolitical, economic and financial pressure as it simultaneously presses ahead with both prongs of the initiative – the Silk Road Economic Belt and the 21st Century Maritime Silk Road.

For instance, if anxieties about the Korean peninsula are defused, the US – which already regards China as its top strategic rival – will put more pressure on China and focus more on its Indo-Pacific strategy. That in turn will contain the 21st Century Maritime Silk Road.

China’s external policy is at an inflection point, requiring a total rethink and even some internal criticism. At the least, the B&R policy needs a new focus or a redesign of some of the nation’s goals in light of the changing situation. Otherwise, China may find itself at a dead end. Reformulating a country’s external policy is a complex, systemic process for which there’s no “miracle cure.” Only a comprehensive evaluation of the situation can identify key problems and lead to a breakthrough.

China should concentrate its resources on the Silk Road Economic Belt, rather than advancing the two prongs of the initiative at the same time.

Equally important, China must continue its reform and opening-up. As China’s economy – already the world’s second-largest – develops, the West is increasingly taking a jaundiced view of China’s rise. For example, there are complaints that China’s WTO entry hasn’t guided the country toward the development path the West had expected.

But China’s continued reform and opening-up efforts will serve to allay concerns among Western countries over China’s development path.