China is becoming a global leader in innovation, which can be demonstrated by its achievements in the areas of ultra-high voltage transmission, high-speed rail and nuclear power, cctv.com reported. The Tianwan Nuclear Power Plant in eastern China’s Jiangsu Province, one of the three major plants in China, was jointly built by China and Russia. According to the agreement, the latter was in charge of overall technology, engineering design, equipment supply and technical debugging of the plant.

However, when the voltage changer malfunctioned before being put into operation in 2007, the Russian side refused to offer a helping hand because they believed there were no problems with their products.

The Chinese team then had to dismantle and investigate the transformer imported from Russia. Finally, after one month of research, the team solved the technical problem.

Wu Wei, vice general manager of the Tebian Electric Apparatus Stock Co., Ltd (TBEA) noted that they not only domestically fixed all defective products before they were put into operation, but made a decision not to rely on importing products from other countries.

From then on, China was no longer content with development by following other countries, but through independent innovation. In 2014, the country set up the world’s first standard system of ultra high voltage and the worldwide industry standard. 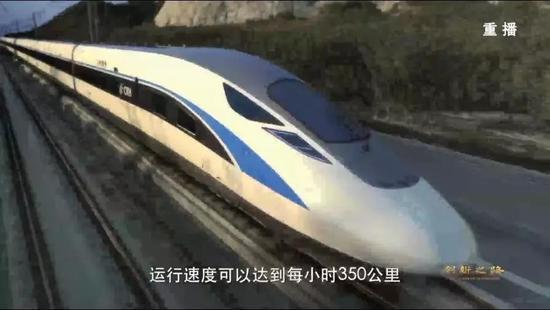 In 2006, China purchased 280 high-speed trains from Japan, France and Germany. The trains, each with their own advantages, can be used in different areas with diverse geological conditions.

However, China has a complicated environment in different areas, which means the high-speed trains need to both fit widely changing temperatures and run normally against extremely strong wind.

Fortunately, after lots of efforts, China has made it through innovation.