Two brothers in Shenyang, northeast China’s Liaoning province, were widely praised recently for spending the last few years travelling around the country with their octogenarian parents. 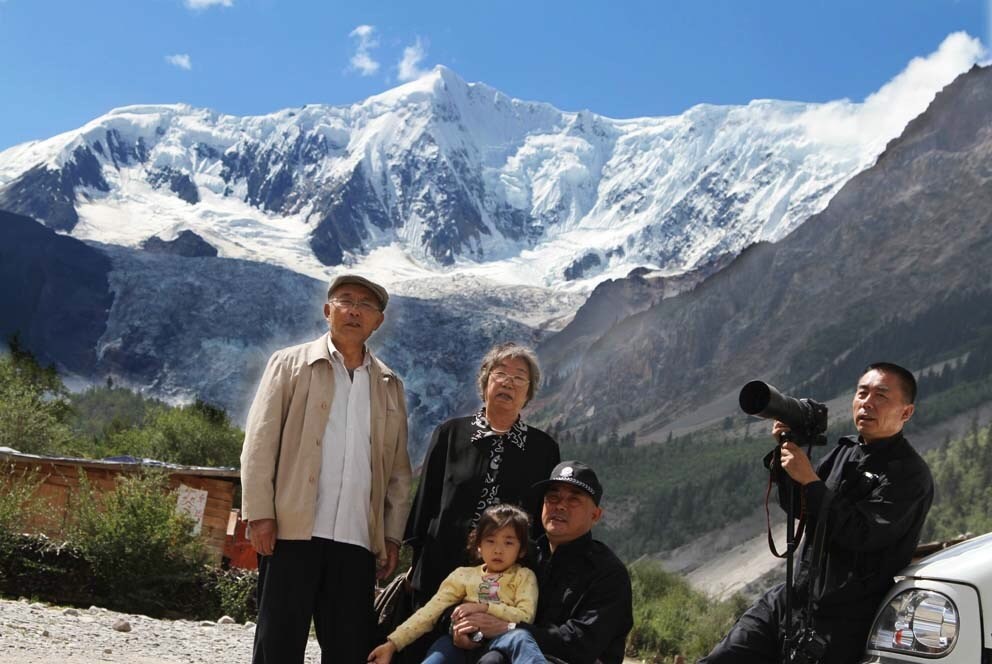 Photo shows Shan Zhongyu, his parents, his youngest brother and his brother’s daughter taking a group photo in front of a snow mountain.

Shan Zhongyu, 64 years old, came up with the plan when he retired four years ago. Before his retirement, he had frequently made short trips with his parents. In 2014, he bought a seven-seat car and transformed it into a “recreational vehicle” with an inverter and alternator so that they could cook during the trips.

Since then, Shan, his second younger brother, their wives and Shan’s parents have traveled 240,000 kilometers across China in the vehicle.

In September 2016, Shan and his brother drove south to Chengdu in southwest China’s Sichuan province via Beijing and Xi’an, northwest China’s Shaanxi province. They then decided to drive to southwest China’s Tibet Autonomous Region via Chengdu, a trip that their parents had long wanted to make.

Shan drew up detailed travel plans, including the locations of airports and hospitals along the way, to ensure that his parents could get timely treatment if they suffered altitude sickness and that the family could fly back home if they needed to.

In Chengdu, Shan’s youngest brother joined the team, and they bought portable oxygen bottles and first aid kits, which they needed for their trip to Tibet on National Highway 318.

When they arrived at the picturesque Xinduqiao town located at 3,000 meters above sea level in Sichuan’s Kangding county, Shan’s mother, who was 83 years old, felt dizzy. Fortunately, she recovered the next morning, allowing them to continue the trip. Ten days later, they arrived in Lhasa from Chengdu.

Shan’s parents were stunned by the scenery that they saw on the trip. The family enjoyed the beauty of the region’s glaciers and snow mountains.

Shan’s 85-year-old father recalled the dazzling sunlight at 8:30 p.m. when they arrived in Lhasa, Tibetan prayer flags flying on the mountains, Tibetan people, pilgrims and the large garden behind the Potala Palace, Lhasa’s most iconic building.

After staying in Lhasa for three days, they drove through the depopulated zones in Qinghai and Tibet via the Qinghai-Tibet highway and visited Qinghai Lake, the largest inland salt lake in China. Finally, they drove home through north China’s Inner Mongolia.

In past years, the two brothers have also made road trips to Hainan, Hubei, Jiangsu, Zhejiang, Shandong, Guizhou and Yunnan provinces with their parents.

The two brothers usually took two long journeys and several short trips in spring and autumn with their parents. Shan always made travel plans and avoided visiting places they had been to previously.