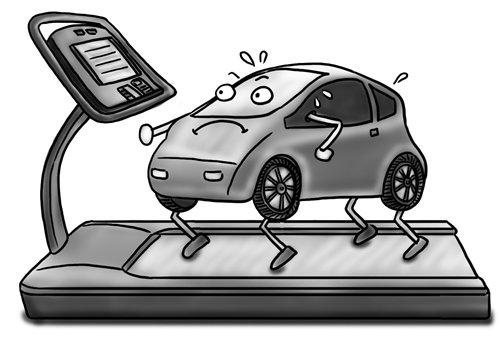 Many have argued that the electric vehicle (EV) sector could finally be an area where China could surpass traditional car manufacturing powers such as Europe, the US and Japan, but without any technological breakthrough for batteries, such talk is just nonsense.

There have been many news reports about China’s investment in the EV sector in recent years. Some suggested that China has lagged behind Europe in making diesel-powered cars and fallen behind the US and Japan in gasoline-powered vehicles, so it has focused on developing EVs.

There is a lot of hype about US-based EV maker Tesla, but the company has almost been losing money every quarter. Chinese producer BYD Auto Co has become a main player in the EV sector, but its profit dived more than 80 percent in the first quarter.

Even the biggest EV manufacturers can’t make a profit for two crucial reasons: fast-rising costs and declines in government subsidies.

In 2017, when China sold about 777,000 EVs, the global price for lithium, which at least for now is essential for making EV batteries, increased by four times. Without any technological breakthrough, how could we convert about 30 million vehicles to EVs?

Lead-acid batteries, which can be used by EVs, were around for more than two decades before the first car was invented, but why were they not used in powering the first generation of cars to begin with? That’s because energy density for the lead-acid batteries, at about 90 watt-hours per kilogram (wh/kg), is so low, compared with 8,600 wh/kg for gasoline. Likewise, the energy density is only 240 wh/kg for lithium batteries, which are considered to be more advanced batteries for EVs.

Gasoline is widely used because it’s easy to transport by land or sea.

Therefore, to expand the use of EVs, new technologies are also needed to increase the battery’s efficiency. Apart from technological breakthroughs for batteries, China also needs a new plan to address issues such as battery recycling and government subsidies in the EV industry.

If these batteries are not recycled, then millions of them will be scattered across the country and become an environmental disaster. This problem was not considered in the government’s subsidy program.

While they are not going to become mainstream anytime soon, EVs do hold an advantage in terms of taxi fleets, buses and other fixed-route services, and the government should offer some support for research and development. However, there are also problems in the subsidy program. We have to be cautious about the subsidies we give these companies, because such subsidies also provide scope for corruption.

The article was compiled based on a speech by Liu Ke, vice-chairman of the Association of the Thousand Talents Plan at the 2018 China Top 500 Enterprises Summit in Xi’an, Shaanxi Province.