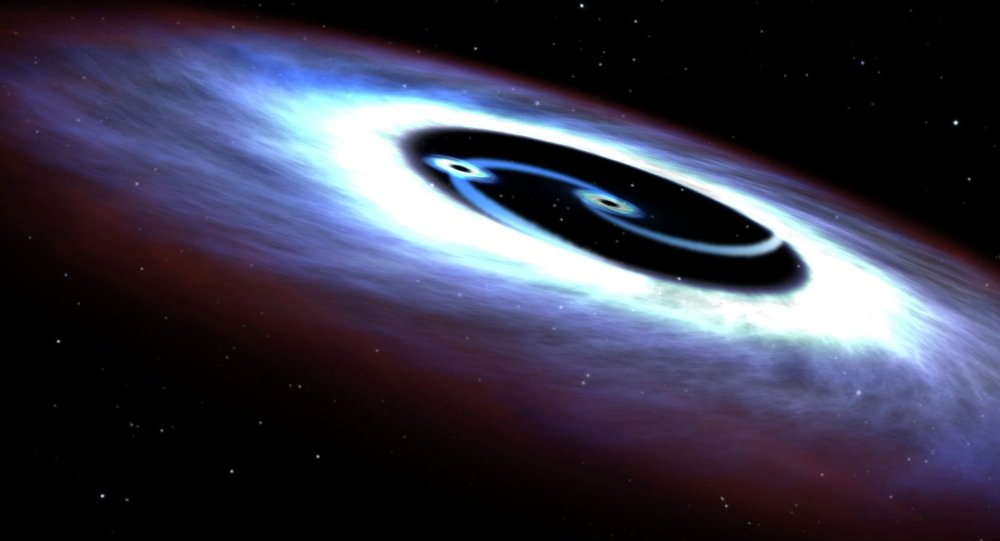 An international team of astronomers has created one of the largest maps of the universe ever put together, and they did it through the use of bright supermassive black holes known as quasars.

A quasar is a supermassive black hole surrounded by a gaseous accretion disk. Many large celestial bodies have accretion disks, where materials being pulled in by the object’s gravity gain spin and from a ring or bubble around it.

When a supermassive black holes gains an accretion disk, the gas moves so quickly and becomes so hot that it gives off unthinkable amounts of power, making quasars extremely bright and easy to spot.

“Because quasars are so bright, we can see them all the way across the universe. That makes them the ideal objects to use to make the biggest map yet,” said Ashley Ross of the Ohio State University in a statement.

“These quasars are so far away that their light left them when the universe was between three and seven billion years old, long before the Earth even existed,” added Gongbo Zhao from the National Astronomical Observatories of Chinese Academy of Sciences.

The experiment was done through the use of the Sloan Foundation Telescope in New Mexico as part of the Sloan Digital Sky Survey’s (SDSS) Extended Baryon Oscillation Spectroscopic Survey (eBOSS), which mapped the locations of more than 147,000 quasars.

Once they located the quasars, they then dated them through the study of “baryon acoustic oscillations’ (BAOs). BAOs were formed in the early universe: matter moving through the early universe at high speeds that was suddenly slowed and frozen in place by rapid changes in pressure and temperature.

“You have meters for small units of length, kilometers or miles for distances between cities, and we have the BAO for distances between galaxies and quasars in cosmology,” explained Pauline Zarrouk, a PhD student at the University Paris-Saclay who participated in the research, in a press release.

Quasar activity was more extensive in the early universe, and so the team cross-referenced the quasar placement with the BAOs to map distant corners of the stars. “Our results are consistent with Einstein’s theory of general relativity,” said French researcher with Laboratoire de Physique Nucleaire et de hautes Energies and study co-author Hector Gil-Marin. “We now have BAO measurements covering a range of cosmological distances, and they all point to the same thing: the simple model matches the observations very well.”

“Even though we understand how gravity works, we still do not understand everything — there is still the question of what exactly Dark Energy is. We would like to understand Dark Energy further. Not with alternative facts, but with the scientific truth, and surveys such as eBOSS are helping us to build up our understanding of the universe,” said eBOSS head scientist and Professor of Cosmology at the University of Portsmouth Will Percival.