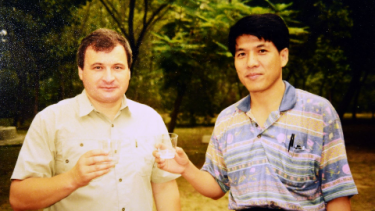 On May 23, 2019, Chinese Ambassador to Russia, Li Hui, was presented the Order of Friendship by Russian President Vladimir Putin in the Kremlin for his significant contribution to the China-Russia comprehensive strategic partnership of coordination.

Andrey Ivanovich Denisov, Li’s Russian counterpart, was among the first to send congratulations to Li.

Several Chinese diplomats have worked with Russia to promote bilateral relations between the two countries. Among them, Li is the most outstanding, Denisov said.

Li and Denisov have been working together to promote China-Russia friendship since they first engaged in the cause almost 50 years ago.

Denisov has been the Russian ambassador to China since 2013. Learning Chinese for almost 50 years, he has gained extensive knowledge about the country.

The two ambassadors were both born in the 1950s and have similar experience in the foreign affairs ministries. They have forged a close friendship fighting for the same cause.

“I’m honored to work with Li. We are fighting for the same cause though I’m based in Beijing and he is in Moscow,” Denisov said in a recent interview.

Li has served as the Chinese ambassador in Russia for almost 10 years. His positive and friendly manner has won him the respect of Russian people, Denisov noted.

The two ambassadors have made great efforts to push the China-Russia comprehensive strategic partnership into the golden age.

“Li’s service in Moscow is longer than mine in Beijing, and he has made a greater contribution to China-Russia relations over the last 10 years. I should learn from him,” said Denisov.

In Li Hui’s eyes, his old friend Denisov is modest and wise, with a sincere ambition to promote bilateral cooperation. “With the closer association between the heads of the two countries, we were able to meet and communicate on many important occasions. Together, we’ve witnessed several historic moments in the partnership,” he said.

Li still remembers when President Xi Jinping paid his first state visit to Russia after his election as Chinese president. To welcome him, President Putin held a grand welcoming ceremony in the Kremlin. 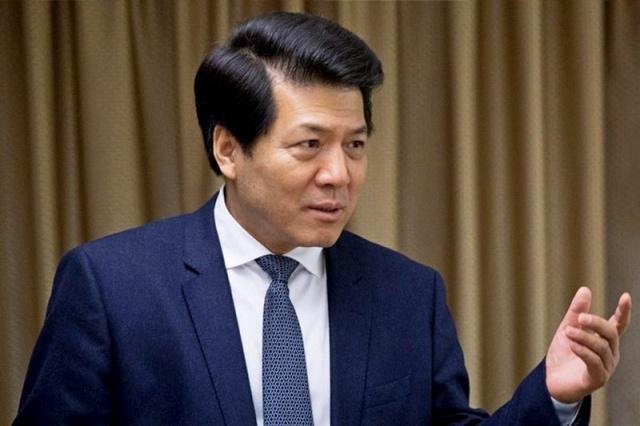 At the beginning of 2014, President Xi attended the opening ceremony of the Winter Olympics held in Sochi, Russia. It was the first time that a Chinese head of state had been present at an international sports event held in a foreign country, recalled Li.

The year 2019 marks the 70th anniversary since China and Russia established diplomatic relations. For Li and Denisov, their friendship is a mirror of the partnership between the two countries.

Looking back on the achievements over the past 70 years, Li outlined his vision for future cooperation in a recent interview.

“We should abide by the spirit of the China-Russia treaty of good-neighborliness, build a high level of political and strategic trust and stand behind each other on core interests, bringing the China-Russia comprehensive strategic partnership of coordination to a deeper level,” said Li.