China made remarkable achievements in science and technology in 2019, ranging from virtual cyberspace to real life, and from the ocean to space. 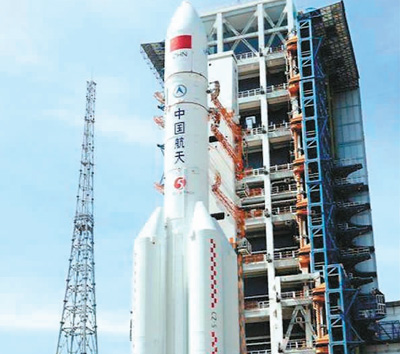 The rocket, codenamed Long March-5 Y3, carried the Shijian-20 technological experiment satellite weighing over 8 tons, the heaviest and most advanced communications satellite in the country, into its planned orbit.

Huawei’s chipset subsidiary HiSilicon said in May that it will use backup chips it has independently developed for years to cope with the ban from the US.

Since then, Huawei has continued marching forward on the road of innovation. On Sept. 6, it even unveiled the world’s first flagship 5G system-on-chip (Soc) chipset, namely the Kirin 990 5G.

Data from the company suggests that its sales revenue exceeded 610 billion yuan in the first three quarters of 2019, a year-on-year increase of 24.5 percent, which signified the resilience and momentum of the company in the face of challenges.

China’s Ministry of Industry and Information Technology granted 5G licenses for commercial use on June 6, marking the beginning of a new era in the country’s telecommunications industry.

China Telecom, China Mobile, China Unicom and China Broadcasting Network are the first batch of companies to obtain the licenses.

Blockchain technology, a decentralized, distributed ledger that records the provenance of a digital asset, is believed to bring major reforms to various industries as it has done to the Internet. It has even been incorporated into the national strategy in 2019.

Approved by the Central Military Commission of China, the Shandong was given the hull number 17.

Xuelong 2, China’s polar icebreaker, made its maiden voyage in the country’s 36th Antarctic expedition in October.

While breaking ice in the waters in Antarctica, Xuelong 2 led the other icebreaker Xuelong toward the designated unloading area near the Zhongshan Station in Antarctica. 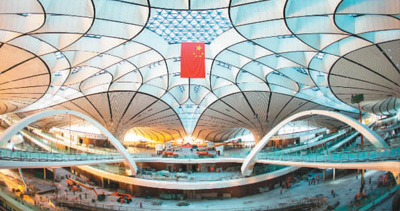 Shaped like a phoenix spreading its wings, the new aviation hub allows a passenger to walk from the center of the terminal building to the furthest departure gate within eight minutes.